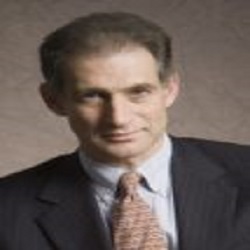 For decades, controversy has brewed over agency (ab)use of and (over)reliance on guidance documents. On one account, agencies turn to guidance in an end run around notice-and-comment requirements, producing de facto legislative rules without either public input or, at least in some cases, judicial scrutiny. On another, guidance documents are good government in action, a helpful and illuminating benefit. In Preambles as Guidance, Kevin Stack does not take sides in this debate. But he does helpfully remind us that there is one type of guidance that (a) is not subject to the standard critique and (b) is often not appreciated as guidance at all. This overlooked creature, hiding in plain sight, is the preamble that accompanies every final rule.

The article is an exercise in APA originalism. Particularly since State Farm, the dominant understanding of the preamble has been that its central function is justificatory—in order to withstand judicial review, the agency must respond to significant comments, show that it engaged in reasoned decisionmaking, and thoroughly explain itself. But the APA’s requirement of a “statement of basis and purpose,” 5 U.S.C. §553(c), suggests a rather different goal: clarifying and helping readers understand the rule. Stack quotes the Attorney General’s Manual on the APA: “The required statement will be important in that the courts and the public may be expected to use such statements in the interpretation of the agency’s rules.” Stack’s article is an extended endorsement and elaboration of this model of rulemaking preambles, providing a clear, convincing, and elegantly written reconceptualization of a basic feature of agency rulemaking.

The article draws from a report Professor Stack prepared for the Administrative Conference of the United States, which in turn was the basis of Recommendation 2014-3, Guidance in the Rulemaking Process, 79 Fed Reg. 35,992 (June 25, 2014). The recommendation is focused on what agencies should put in their preambles; this article is focused on how the preamble should be treated once it is published. Part I shows that (I am tempted to say “reminds us that,” but most of “us” never held the conception Stack is pushing) that, both under the APA and in practice, preambles should be, and are, designed to provide guidance—they explain and clarify rather than justify the agency decision. Part II then argues for the “superiority” of preamble guidance. The preamble is produced right along with the rule. It is issued by the agency itself, after extensive internal vetting and deliberation (and, in the case of executive agencies, OIRA review), with every incentive for care and precision, and published in the Federal Register, where it is highly visible, searchable, and accessible.

The article then turns to discussion of what consequences flow from this understanding of preambles as especially reliable guidance documents. First, Stack argues that interpretations in preambles merit particular judicial deference. He does not seem to advocate giving them more weight than they would receive under the existing Auer doctrine (under which a court is to give an agency’s interpretation of its own regulation “controlling weight unless it is plainly erroneous or inconsistent with the regulation”). Instead, they get special weight within Auer. Thus, in deciding when Auer deference does and does not apply, these interpretations easily fall on the “apply” side of the line. Beyond that, should there be future inroads on Auer—an entirely plausible prospect given the current ferment over that decision—traditional Auer deference would remain appropriate when courts consider preamble guidance.

The article concludes with a few points about the implications for agency practice of Stack’s conceptualization of preambles. First, a preamble’s superiority means that it should be seen as superseding and displacing any prior guidance with which it is inconsistent. Second, preamble guidance constrains the agency. As a matter of best practices, an agency should not revise interpretations set out in a preamble unless the revision comes from an official at the same or higher level in the agency hierarchy as the original author, the revision is published in the Federal Register, and the revision is expressly justified.

This account raises one empirical question: On Stack’s account, the preamble should be required reading for, if not committed to memory by, any agency official who enforces, interprets, or seeks to modify an agency regulation. One wonders if that happens. Are preambles regularly consulted within the agency? Or are they no sooner published than forgotten (except by lawyers defending the rule in court)? The more the former is true, the stronger the arguments in this article; and to the extent the latter is the case, this article is a salutary reminder to agency personnel to go back and read this most useful of guidance documents.