E-Government and Inequality in Public Participation 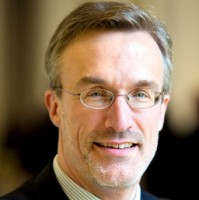 E-government initiatives by both political parties have sought to broaden citizen participation in the policy process.  The Clinton Administration made early forays into digital government, and the Bush Administration pursued still more substantial efforts by establishing the portal known as Regulations.Gov.  The Obama Administration has launched a major Open Government Initiative that seeks to foster unprecedented levels of transparency and expand participation to counteract the undue influence of the much-castigated “special interests.”   Will e-government efforts like these transform American democracy as proponents sometimes suggest?  The Internet’s ability to strengthen public engagement in the policy process remains an open – ultimately empirical – question.  The early returns, from the late 1990s and early 2000s, appeared rather modest.  As of at least four years ago, the clear weight of the evidence showed that most agency rulemaking escaped participation by ordinary members of the public – even following the advent of the Internet.   Of course, in this fast changing world, a few years can make an enormous difference.  Over the past several years, we have witnessed not only the emergence of Web 2.0 but also the extensive use of the Internet by political candidates, especially Barack Obama in 2008.

A study in the most recent issue of the journal Perspectives on Politics, however, finds little has changed, confirming that the Internet has yet to transform policymaking and politics into a more egalitarian, citizen-centric process.  In “Weapon of the Strong? Participatory Inequality and the Internet,” three distinguished political scientists – Kay Lehman Schlozman (Boston College), Sidney Verba (Harvard), and Henry Brady (UC-Berkeley) – analyze data from one of the most systematic surveys to date on the Internet and public participation, concluding that information technology has made virtually no difference in general patterns of political participation.  Their representative survey of over 2,200 Americans, conducted in August 2008 in cooperation with the Pew Foundation’s Internet and American Life Project, tracked both online and offline citizen participation in politics and policymaking.

In much earlier work, Schlozman, Verba, and Brady – along with other political scientists – have demonstrated that there exists a clear class bias in political participation, with better educated and more affluent citizens taking more political action.  Schlozman, Verba, and Brady’s most recent study therefore aimed to determine whether the Internet has broadened participation in such a way as to reduce the well-known socio-economic status (SES) bias in American politics.   To find out, they asked their respondents about various kinds of political activity that can be performed both online and offline, such as contacting government officials, signing petitions or sending letters, making campaign contributions, and participating in political conversations.  The bottom line:  “[N]o matter how political participation is measured, political activity rises sharply with socio-economic status” – with or without the Internet.

Schlozman, Verba, and Brady analyze their data methodically, taking into account that access to the Internet itself is not distributed evenly throughout society.  Obviously younger people are more active on the Internet than older people.  And poorer households have diminished access to the Internet compared to wealthier households, the so-called digital divide.  Even taking these important factors into account, Schlozman, Verba, and Brady find “no evidence that the relationship between Web-based participation, on the one hand, and education or income, on the other, is different from the relationship between offline political participation and these SES factors.”  In short, the Internet has made no difference.

Perhaps we should not be surprised at these results.  After all, as Schlozman, Verba, and Brady note, “[t]he overwhelming share of Internet use is for non-political activities that range from finding directions to viewing pornography to keeping up on a social networking site.”  When interest in, and knowledge of, politics and policymaking are neither widely nor evenly distributed across society, vast changes in patterns of public participation seem unlikely to occur, even with advances in digital government.

Yet strikingly, Schlozman, Verba, and Brady’s data draw from a period of unusually intense public interest in American politics, with tens of thousands of Americans regularly turning out for campaign rallies held by a youthful, energizing presidential candidate – one who also deliberately and creatively deployed the Internet as part of his successful political strategy.  If there were ever a time when the Internet might have leveled the playing field, even somewhat, the summer of 2008 would almost surely have been it.

Maybe the Internet’s time simply has yet to arrive.  Perhaps those hoping to see the Internet fundamentally transform politics and policymaking will eventually have their hopes fulfilled with the further diffusion of online technologies across society or upon the development of a still more innovative technology.  Schlozman, Verba, and Brady appropriately acknowledge that their findings remain tentative for this reason.  Yet for now, the Internet appears to be the greatest political tool not for all Americans, but for the usual suspects.  Even a later Pew Internet and American Life Project survey, from December 2009, confirms that “[h]igh-income and well-educated internet users are much more likely to use government services and information online.”

If e-government does portend a revolution in citizen participation, it is still too early to arrive for the party.