Gary Lawson & Stephen Kam, Making Law Out of Nothing at All: The Origins of the Chevron Doctrine, 65 Admin. L. Rev. 1 (2013), available at BePress. 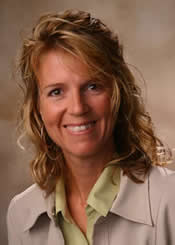 If you are teaching administrative law this semester, you can look forward to a riveting discussion of Chevron. There have been volumes written on this topic, and here I plead guilty. But if you will indulge me for a moment, I’d like to recommend that you read one more article about Chevron.

The pre-Chevron deference world was not a simple one; hence, a clearer two-step deference framework would have been appealing to the lower court judges, especially those on the D. C. Circuit who routinely faced these issues. Along comes Chevron, a case that no one expected to alter this deference framework; as we know, Justice Stevens, Chevron’s author, intended to do no more than restate existing law. You don’t need me to explain either the decision or the doctrine, but what happened after Chevron was decided merits explanation, as it illustrates the development of the Chevron doctrine. First, in General Motors Corp. v. Ruckelshaus, 742 F.2d 1561 (D.C. Cir. 1984), Judge Patricia Wald, a friend of administrative law, ignored the pre-Chevron categorization step and framed Chevron as a “scope-of-review doctrine.” Next came the first clear delineation of Chevron as a two-step process in Reting v. Pension Benefit Guaranty Corp., 744 F.2d 133 (D.C. Cir. 1984). It might come as no surprise that Judge Wald authored that opinion as well. Then, the D.C. Circuit issued two more Chevron opinions authored by, yes you guessed it, Judge Wald. In Railway Labor Executives’ Ass’n v. United States Railroad Retirement Board, 749 F2d. 856 (D.C. Cir. 1984), Judge Wald articulated and applied the two step-analysis she had delineated in Reting; however, in Pennsylvania Public Utility Commission v. United States, 749 F.2d 841 (D.C. Cir. 1984), she did not refer to Chevron despite resolving what she called “substantial issues of statutory interpretation.” Id. at 849. As Lawson and Kam note, “By the end of 1984, the D.C. Circuit … was applying the Chevron two-step episodically at best. Even the judge who birthed the Chevron doctrine was not applying it consistently.” (P. 50.)

But the schizophrenia did not linger. By Chevron’s first anniversary, Judge Wald’s Chevron two-step had firmly taken root in the circuits, although it had not yet migrated to the Supreme Court. However, in 1986, three judges from the D.C. Circuit authored law review articles identifying the Chevron decision as revolutionary. One of these judges, Antonin Scalia, ascended to the Supreme Court on September 26, 1986. Justice Scalia brought with him expertise in administrative law, as well as an understanding of Chevron’s significance: “The more Chevron mandates deference, the more power flows from the judiciary to the executive.” (P. 61.)

INS v. Cardoza-Fonseca , 480 U.S. 421 (1987), set the stage for battle. Trying to return the analysis to pre-Chevron categorization, Justice Stevens explicitly and pointedly stated, “The question [in the case]… is a pure question of statutory construction for the courts to decide.”  Id. at 446. Justice Scalia astonishingly responded that “the Court badly misinterprets Chevron.” Id. at 455 (Scalia, J., concurring). Presumably, Justice Scalia was not suggesting that Justice Stevens misinterpreted the opinion he had authored just three years prior; more likely Justice Scalia meant that Chevron had taken on a life of its own regardless of Justice Stevens’ intent when writing the opinion. As we know, Justice Scalia won the battle and today, the Chevron doctrine bears little resemblance to the decision that birthed it.

My brief summary does not do justice to the depth and complexity of Lawson and Kam’s analysis and the variety of cases they cover, including some from other judges such as Ken Starr and Stephen Breyer. What, if anything, does this article add to the Chevron discussion? I have always found the Chevron two-step to be unintuitive: why aren’t judges deciding pure questions of law, perhaps with agencies acting as expert advisors? Having used Lawson’s administrative law text, I was already familiar with the pre-Chevron categorization framework, but I was unaware of the large role Judge Wald played in forming the Chevron doctrine and why she might have done so. Also, from reading the article, I better understand the Scalia/Stevens INS v. Cardoza-Fonseca battle. Perhaps most importantly, the piece is written with great humor and wit (the headings are all pop culture references, for example) and relatively few footnotes, making it an easy read. And while the authors explain well why the Chevron case and the Chevron doctrine have little relationship to each other, the article will likely not, as they had hoped, bury the former.

Cite as: Linda Jellum, Judge Wald and Justice Scalia Dance the Chevron Two-Step, JOTWELL (February 10, 2014) (reviewing Gary Lawson & Stephen Kam, Making Law Out of Nothing at All: The Origins of the Chevron Doctrine, 65 Admin. L. Rev. 1 (2013), available at BePress), https://adlaw.jotwell.com/judge-wald-and-justice-scalia-dance-the-chevron-two-step/.