Leviathan Had a Good War 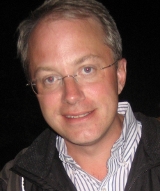 Some readers value an article for logical rigor, some for sound judgment, some for immediate utility, some for originality, and so on into N dimensions. (We may value more than one dimension, of course, but not “all of the above,” because the desirable traits may trade off against one another, at a frontier; no one piece can display all of them simultaneously and to a maximum degree). The peculiar excellence of richness is on display in Administrative War by Tino Cuellar, formerly of Stanford, now molted into a higher form of life as Justice Cuellar of the California Supreme Court. Cuellar recounts the history of the administrative state during the Second World War, and connects it to the surrounding political conflicts and developments in legal theory. There is no single thesis, no one-sentence nugget. Rather we are treated to a kind of legal-historical cornucopia. Cuellar’s story undermines conventional wisdom on a number of critical issues in administrative law. Let me attempt to lay out some of the wealth of interesting points that emerge.

2. Ratchets are Contingent. The contrast with World War I finally lays to a peaceful rest that exhausted old meme, the “ratchet effect,” according to which agencies, once created, are immortal. Cuellar persuasively explains that the inflection point around World War II stuck, whereas the earlier one didn’t (at least to the same degree), because of the differing contingencies of the political situation at the two moments, including the imperatives of veteran’s benefits and continued geopolitical competition in the late 1940s. This is not to say that the administrative state is only as sticky as the current political consensus at any given moment; institutions are more resistant than that. But it is also true that institutions created on the spur of the moment need not attain stickiness, just in virtue of their existence. Whether they will do so depends on whether political contingencies set into motion a further process that cements them into place.

3. Flexible Bureaucracy, Sclerotic Markets. There is another trope, according to which bureaucracies are sclerotic and markets adjust rapidly, thanks to the decentralized nature of the price system. In fact private industry was incapable of organizing sufficient war production with sufficient speed, incapable of generating a rational allocation of resources in rapidly changing circumstances. Hence the WPB, OPA and their kin. The American state created and deployed complex new bureaucracies with astonishing rapidity in the war years. Those bureaucracies organized an unprecedented surge in industrial and military production and in logistical capacity, and generated an unprecedented ability to deliver a given quantity of force to a given area at a given time—unprecedented not only for the United States, but in all of human history. (This is also a standing problem for glib claims about the relative efficiency of European bureaucracies). The British economic historian Alan Steele Milward observed that in World War II, political regimes of different types—democratic, fascist, communist—reached consensus on a fundamental proposition of political economy: the ordinary operation of market capitalism was too sclerotic in wartime conditions. Wrote Milward, “[e]verywhere the price mechanism came to be regarded as a method of allocating resources which was too slow and too risky.” (War, Economy and Society 1939-1945 (1977), at 99). Leviathan had such a good war in part because markets couldn’t keep up.

4. Self-imposed Administrative Procedure. Cuellar shows that, well before the Administrative Procedure Act went into force, agencies were subject to a range of legal and procedural constraints. Interestingly, these were self-imposed in many cases. Agencies themselves wrote procedural constraints, and were subject to judicial review on that ground. The threat of review, although constraining ex post in particular cases, only came into being because agencies had bound themselves to a procedural system ex ante. Agencies were willing to impose constraints on themselves because “for senior agency administrators, there was always more at stake than the outcome of any individual case” (1429). Agencies used procedures to obtain information from participating actors, very much including regulated entities and interested groups as well as the public at large. Agencies would self-impose procedures in order to more effectively carry out their missions. Bureaucracy was not only flexible, but adept at generating or acquiring information.

5. The Great Charter of the Administrative State. Cuellar lays out with clarity and subtlety the political dynamics that led to the enactment of the Administrative Procedure Act in 1946. Like other framework statutes, the Act was in effect a plausible second choice for each side, fearing that the alternative would be worse—the first choice of the other side. In Justice Jackson’s formulation, it was in effect a treaty of peace, a compromise “upon which opposing social and political forces have come to rest.” (Wong Yang Sung v. McGrath, 339 U.S. 33 (1950)). That point is broadly familiar, but Cuellar excels at sketching the fine grain of the political calculations and bargaining dynamics. The relevant actors had to consider not only the immediate proposal before them, but the risks of all relevant alternatives as well, and the dynamic risks that success in one period might produce a backlash in a future period that would result in a worse outcome overall. For business for and defenders of free markets, the war reframed the space of alternatives, suggesting that if regulation were blocked, the alternative might not be noninterference, but instead outright government ownership of industry. While “supporters of a robust federal administrative state could see in the APA relatively limited constraints on agencies, as well as a chance to head off more draconian procedural limits on agency power … Republicans and Southern Democrats skeptical of the administrative state could see the bill as a step in the right direction, even if they might have preferred a more drastic change” (1432).

6. An Unstable Equilibrium. Cuellar, whose story more or less ends in the later 1940s, is hardly to be faulted for not continuing the story farther still. If he had, he might perhaps have qualified his account of the constraints placed on agencies by the Administrative Procedure Act. As detailed by an insightful student of the APA’s shifting hydraulics, Antonin Scalia (see especially his “Vermont Yankee: The APA, The D.C. Circuit, and the Supreme Court,” 1978 Supreme Court Review 345), many of the assumptions underpinning the APA, and many of the constraints it assumed would govern agencies, have given way over time. Perhaps the most fundamental constraint—stemming from Crowell v. Benson (1932)—was that courts would declare what the law meant. So when the Court later began to defer to reasonable agency decisions even on questions of law, law’s self-abnegation gathered headway. Vermont Yankee itself squelched judicial development of administrative procedures as a matter of common law; a recent decision, Perez v. Mortgage Bankers (2015), emphatically reaffirms that position. As for the putative constraint of “hard look” review, developed in the 1960s in part to shape and constrain agency rulemaking, there is much less there than meets the eye, as Jacob Gersen and I have detailed.

Thus Cuellar’s conclusion that the procedural constraints of the APA legitimated the newly cemented administrative state, like Dan Ernst’s similar conclusion, is more timebound and placebound than the reader might gather from the four corners of his narrative. But this is an ungrateful and intemperate demand for even more richness than Cuellar already gives us.