Rethinking the Role of Agencies in Private Regulatory Enforcement 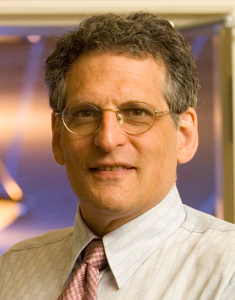 Over the past several decades, many scholars have weighed in on benefits and detriments of authorizing private parties to sue to enforce federal regulatory standards. They often take either of two opposing positions: Some argue that private enforcement is necessary to supplement underfunded and perhaps captured agency enforcement mechanisms; others contend that private enforcement undermines social welfare or even statutory goals by sacrificing officials’ prosecutorial discretion not to pursue cases that, while technically justified, would not further regulatory goals. Few scholars, however, have written about the trade-offs triggered by a choice between public and private enforcement.

Engstrom begins the article simply enough by reviewing the potential benefits and detriments of private enforcement. He then presents arguments why the blunt instruments of litigation reform are unlikely to mitigate the pitfalls of private enforcement without sacrificing many of its benefits. Based on these arguments, he concludes that “vesting administrative agencies with litigation ‘gatekeeper’ powers” is a preferable alternative. (P. 616.) This conclusion then frames the remainder of the article, in which Engstrom lays out a “taxonomy” of how agency litigation gatekeeping might be structured, and evaluates the potential benefits and problems of the various categories in his taxonomy.

Engstrom identifies five “dimensions” along which agency gatekeeping can be oriented. The first characterizes agency gatekeeping as “affirmative” versus “residual,” by which Engstrom means whether the agency will have explicit power to control private litigation, as opposed to mere exercise of residual powers such as intervention in a private enforcement action as an interested party or amicus. The second distinguishes between “retail” (i.e. case by case) and “wholesale” (across an entire program or class of private actions within a program) gatekeeping. The third asks whether the agency power is “binding” or “advisory,” the latter referring to an agency determination of the propriety of a private action that only has power to persuade the courts. The fourth addresses whether agency control is “passive” as opposed to “active,” essentially hinging on whether the agency can simply decree whether the private enforcement action may proceed without substituting itself actively in the action. Finally, the fifth dimension, which applies only to affirmative, binding gatekeeping, differentiates between agency “veto” and “license,” essentially based on the default ability of private entities to bring enforcement actions if the agency does not make an explicit determination.

To evaluate the different gatekeeper structures that result from various regions within Engstrom’s five gatekeeper dimensions, he reviews the functions the agency would need to perform to play its gatekeeper role in an ideal manner, and then discusses how some well-known imperfections in administrative processes—limits on institutional competence, regulatory capture, and undue political influence—might cause deviations from ideal gatekeeping. In doing so, Engstrom reveals an impressive knowledge of actual experiences in myriad contexts in which private regulatory enforcement plays a role. Engstrom’s taxonomy is too rich to allow me to even to summarize his entire analysis of how these imperfections might bear on litigation gatekeeping, but it is worth mentioning a few of his arguments and conclusions.

The most significant value of Agencies as Litigation Gatekeepers, however, is not any precise prescriptions one might derive from its analysis. Rather, its value is in reconceptualizing the concerns raised by private enforcement as squarely falling within the ambit of matters that agencies might address. By its nature, the article is very general in its analysis, but it is certain to generate an interesting literature that applies, evaluates and expands on his taxonomy in particular regulatory contexts.