Superfriends of the APA

• Comments on H.R. 3010, The Regulatory Accountability Act of 2011, submitted by the ABA Section of Administrative Law and Regulatory Practice to the House Judiciary Committee (Oct. 24, 2011). 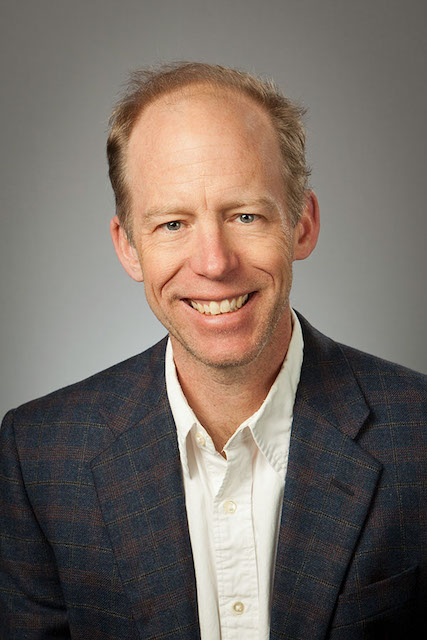 In early December 2011, the House passed two alarming bills that, if ever enacted, would wreak havoc on the rulemaking process. ((At this point, guild rules require reference to Representative John Dingell’s advice from nearly thirty years ago, “I’ll let you write the substance … you let me write the procedure, and I’ll screw you every time.”))  On December 7, it passed the REINS Act—the acronym stands for “Regulations from the Executive In Need of Scrutiny.”  This bill is simple in its design, requiring congressional approval for regulations that have an economic impact in excess of $100 million.  Considered as a reform of the rulemaking process, it has the honest virtues of a clean kill—a bullet to the head.  Less than a week before, on December 2, the House passed the Regulatory Accountability Act (“RAA”). ((All legislation must now have a catchy acronym—e.g., the REINS Act will “rein” in the out-of-control beast that is the administrative state.  A quick check of Wikipedia suggests that “RAA” could signify, among other many other possibilities:  (a) support for Rise Against Alliansen, a group of Swedish supporters of the Chicago punk-rock band Rise Against; (b) homage to Raa, the god of the sun in Maori mythology; or (c) an effort to frighten regulators with an “[o]nomatopoeic description of the sound that a beast makes when expelling a terrifying roar.”))  The RAA would cripple rulemaking by adding dozens of new procedural and analytic requirements to the process.  These requirements include, among many other things, extensive cost-benefit analysis at multiple stages of the process and even formal rulemaking for “high impact” rules.  Yes—that’s right, formal rulemaking could come back from the (almost) dead.  Rather than a clean kill, the RAA promises to haul rulemaking into a back alley and beat on it until maybe it dies.

If you are the sort of person who frequents JOTWELL’s administrative law page, then you probably already know something about both these bills.  Regarding the REINS Act, it may be fair to say that there isn’t all that much to know—it is easy to describe what it does and its anti-regulatory intent is as plain as the summer sun.  The RAA is a far more complex beast, which makes it very difficult to summarize and concisely assess.  Such work is important because proponents of the RAA might find themselves in control of the Senate and the Presidency someday not too long from now.  If this eventuality occurs, one must hope that the powers-that-may-be can be persuaded that they didn’t really want to cripple administrative rulemaking.  They just said they did when they didn’t have the power to make it happen.

It is with this context in mind that I want to draw your attention to two excellent pieces of administrative law scholarship that were submitted to the House Judiciary Committee as it considered the RAA.  (Links to both are at the top of this short essay.)

For a thorough assessment of both the vices and virtues of the RAA, check out the ABA Administrative Law Section’s Comments on H.R. 3010, The Regulatory Accountability Act of 2011.  The Ad Law Section, which includes private and government attorneys as well as a considerable amount of administrative-law-professor firepower, put together this document faster than any committee should be able to produce any work product at all—much less something this good.  As an institutional work, the Section’s comments naturally strive for balance and do so against the backdrop of decades of earlier policy statements.  Stressing the positive, the Section praises, among other things, the RAA’s codification of the transparency requirements of the Portland Cement doctrine, which requires agencies to disclose information on which they rely in fashioning a proposed rule.  (Comments at 17.)  It also praises the RAA’s move to define the notion of “record” as applied to informal rulemaking.  (Comments at 17.)  Perhaps more controversially, but in keeping with past ABA recommendations, the Section also “strongly support[s]” extension of OIRA oversight to rulemaking by independent agencies.  (Comments at 18-19.)

For the most part, however, the Section explains why so many of the RAA’s provisions are deeply troubling.  Some of these criticisms are technical but important objections that you need sharp-eyed lawyers wearing green eyeshades to find.  For instance, the RAA requires, innocuously enough one might think, that a rulemaking agency “shall base its preliminary and final determinations on evidence.”  (Proposed § 553(b) (emphasis added))  Who on earth could be against basing important decisions on “evidence”?  Administrative lawyers who know that this requirement may not fit legal and policy determinations well, who know that courts already review agency action for factual support, and who know from experience that judicial glosses on ambiguous terms in the APA can lead in unexpected directions—that’s who.  (Comments at 10-11.)

Other criticisms come at a loftier level.  The RAA contains a lengthy and detailed list of “rulemaking considerations” that an agency must discuss both in a notice of proposed rulemaking (NPRM) and on final issuance of a rule—e.g., analysis of “direct, indirect, and cumulative costs and benefits and estimated impacts on jobs, economic growth, innovation, and economic competitiveness.”  (Proposed § 553(b)(6)(A).)  The Section observes that these requirements will slow rulemaking, make it more expensive, and encourage policymaking by less transparent means.  It also, however, is careful to fit these objections into the broader context of the history of the ossification problem that has developed as legislative and executive requirements for rulemaking have accreted over time.  Finding a reasonably positive note to sound, the Section suggests that APA reform should be an occasion for streamlining and rationalizing these accretions rather than worsening them.  (Comments at 9-10.)

The second piece I want to draw to your attention is the testimony submitted to the House Judiciary Committee by Professor Sidney A. Shapiro (Wake Forest University School of Law and the Center for Progressive Reform).  If, for whatever reason, you find yourself in need of a 17-page, devastating critique of the RAA—you really need look no further.  Professor Shapiro’s full-throated defense of the benefits of sound regulation demolishes the rationales for the RAA (e.g., that the current system allows unaccountable agencies to create overly expensive rules that inhibit economic growth).  It also concisely documents numerous ways in which the RAA would damage both the process and the substance of administrative law (e.g., by imposing a super-mandate of cost-benefit analysis that would, in effect, partially repeal dozens of substantive statutes designed to protect health and safety).

Both the Ad Law Section’s Comments and Professor Shapiro’s testimony are, like the bill they critique, very difficult to summarize, and this short note does not do them full justice.  They weave together an immense amount of administrative law experience and scholarship, and they direct these efforts towards an important goal.  They are both excellent examples of engaged scholarship, and everyone involved is really to be commended.