A Broad and Sobering View of Constitutional Safeguards 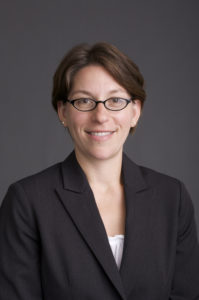 The September 2018 volume of the UCLA Law Review is a must-read page-turner (or its equivalent for the digital age) for followers of JOTWELL’s Administrative Law section. That volume collects the written essays originally delivered as talks at the Law Review’s symposium on The Safeguards of our Constitutional Republic, organized by UCLA Professor Jon Michaels, along with his colleagues Professors Kristin Eichensehr and Blake Emerson. As Michaels writes in his introductory essay for the volume, “The first two years of the Trump presidency have been marked by scandals, standoffs, travesties, and tragedies. Customs have been flouted, compacts broken, laws transgressed, responsibilities ignored, and individuals and communities threatened and debased.” In their contributions for the symposium, participants—distinguished public law scholars and civic institutional leaders from different corners of the nation—collectively “explored whether we are in a time of simple flux or full-blown crisis; whether any such crisis rises to the level of a constitutional—as opposed to just a political or cultural—dislocation; and how we can steer the ship of State back on course.”

While readers would be rewarded for perusing all of the essays, the one I want to focus on here is Mariano-Florentino Cuéllar’s essay, From Doctrine to Safeguards in American Constitutional Democracy, which he presented as the keynote address at the symposium. Justice Cuéllar (on the Supreme Court of California since 2015, and before that a member of the Stanford Law School faculty) soberly cautions “against facile rule-of-law optimism” about “the prominent role of courts in setting constitutional constraints on official power.” (P. 1400.) While Justice Cuéllar rightly does not name President Trump in the essay (in fact, he alludes to the “[d]ilemma” of “a judge seeking to thread the needle at a UCLA symposium when alluding to transgressions of norms by elected officials” (P. 1422)), the animating concern of the essay resonates closely with contemporary challenges in the administrative state and our republic more generally. Whether the legal question centers on arbitrary-and-capricious review, statutory authority, or constitutional permissibility, judicial review of the Trump administration’s actions is a daily occurrence, in ways both familiar and breathtaking.

Justice Cuéllar asks us to consider whether judicial review is enough—not simply to cabin the chief executive and his officials but to sustain “the constitutional order.” It is not, he concludes. To believe that it is reflects “an unrealistic worldview in which courts are assumed capable of shouldering the primary responsibility for protecting the constitutional order despite fraying norms, weak institutions, economic uncertainty, and interference from geopolitical rivals.” His account is important. It provides yet another reason why those of us who teach and write in public law fields like administrative law must focus on institutions beyond courts.

The headers of each of the essay’s five sections provide a high-level set of takeaways for the piece—the elevator pitch for the tightly constructed argument that follows. Constitutional Safeguards are Undertheorized says Part I. We might think of the Steel Seizure case as a primary example of such a safeguard, where the Court held that “the president did not have the power—in the midst of what he considered a national security emergency, but without any apparent statutory authority—to seize private property.” (P. 1404.) But that view ignores other contemporaneous public activities (federal loyalty screenings, state Jim Crow laws) that are constitutionally concerning but were for a long time legally sanctioned. A “more robust understanding of American constitutional democracy” must include attention to geopolitical considerations, nonjudicial institutions, and “the evolving norms and values of people with meaningful influence over the use of public power.” (P. 1407.)

Of course, says Part II, Judicial Institutions Matter to Constitutional Safeguards. We would be foolish to think otherwise. But, Part III continues, Safeguards Depend Even More on Nonadjudicatory Factors. For example, “the existence of some measure of shared public sentiment supporting constitutional democracy—assigning value to its larger project despite the costs of accepting leaders one may disdain or even loathe—seems valuable in no small measure because constitutional democracy’s underlying logic is precarious without such sentiment.” (P. 1415.) That shared public sentiment depends in part on the extent of “economic distress,” among other varied conditions, however. “[G]overnment’s demonstrated capacity to mitigate risks and deliver reasonably effective social outcomes” is thus an important part of “[t]he public’s perception that safeguards matter.” (P. 1420.) Also important are “norms and institutions,” and the symbiotic relationship between them, that bolster the existence of shared public sentiment about key features of constitutional democracy.

Meaningful Constitutional Safeguards Raise Nuanced Institutional Design and Implementation Questions, Part IV elaborates. How, for example, should we think about the value of “[c]ourt decisions and other official pronouncements of law” once we understand that their “importance is contingent and limited by the relevance of other institutions with competing agendas, the crucial role of groups and the public who must accept certain broad norms, and the realities of life in a noisy, uncertain world”? (P. 1421.)

For one thing, we should stop assuming that “American institutions are fundamentally resilient merely because the country has seen much worse.” (Id.) It is easy to see how bit by bit, norms that support these institutions can be chipped away—a point more fully examined in an essay by Josh Chafetz and David Pozen in the same UCLA volume. It is therefore important to acknowledge that, while “actors and institutions” like “universities, courts, individuals with ties to law enforcement” must generally “stand apart from partisan politics,” norms bolstering constitutional democracy are nonetheless “largely in the hands of public officials willing to send costly signals of their concern by speaking out, resigning, or going against perceived interests.” (P. 1422.) Laws governing our “communications infrastructure,” including internet platforms like Facebook and YouTube, are additionally a critical but underappreciated part of our constitutional safeguards.

For another thing, we should acknowledge that “some processes requiring a measure of insulation from the rough-and-tumble of ordinary politics—whether they involve adjudication or rulemaking—may also benefit from engagement with the often-messy world of public discourse and political action.” (P. 1424.) This engagement may involve doctrine (“cautiously, as in modern procedural due process doctrine and perhaps in the incorporation of concerns for institutional stability in statutory interpretation” (Id.)). It may involve public statements by lawyers, policymakers, and judges about important “norms of civility, restraint, comity, and decency underlying the institutions within which they are operating, or to which they are contributing through their work” (where, of course, “ethically appropriate”). (Id.) At the very least, it should involve clarity in judicial opinions to make concrete what legal “justifications imply about society’s painful trade-offs and subtle vulnerabilities.” (Id.)

In the end, Part V concludes, Constitutional Democracy’s Strength Depends on Recognition of Its Fragility. Unlike authoritarian systems, ours is one with “fractured, contradictory ideas about social welfare,” which acknowledges a troubling “gap between aspirations and reality.” (P. 1426.) When the foundations that protect this system are shaken— “safeguards rooted in public democratic sentiment, the opposition’s legitimacy, state capacity, and resilience against economic and security shocks”—it is not simply “wrong policy choices or stark ruptures of doctrinal sensibility” that are at issue: “The silent but no less serious specter is the slow undoing of extraconstitutional factors on which constitutional doctrine—and ultimately, law itself—depends for relevance.” (P. 1427.)

We can be thankful, as Chief Justice Roberts exhorts, for an independent judiciary. But Justice Cuéllar offers serious caution about the potential for overreliance on formal law and doctrine while paying insufficient attention to broader societal and institutional safeguards of our democracy. Our teaching in law schools, and in other educational institutions, should take this caution to heart.