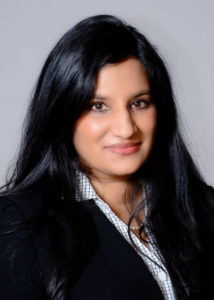 President Trump relied heavily on temporary leadership to run his branch. According to critics, the tenuousness of Trump’s cabinet positions—and their high turnover rate—was both a cause and reflection of an amateur and unreliable presidency. And yet, while the extent to which Trump depended on acting officials was anomalous, he was not the only president to do so; indeed, presidents have utilized temporary officials for quite some time. In addition to demonstrating that temporary officials have been fairly common across both Republican and Democratic administrations since the turn of the century, Anne Joseph O’Connell argues in Actings that these officials stabilize the government in times of crisis and transition.

Professor O’Connell, along with Nina Mendelson, is one of today’s preeminent legal experts on the Federal Vacancies Reform Act (Vacancies Act). Professor O’Connell’s prior scholarship and testimony on this topic is both detailed and accessible, and makes clear the stakes of the relevant debates. Actings, published recently in the Columbia Law Review, is no exception. This comprehensive work offers a nuanced and evocative account of the history, constitutional and legal frameworks, and problems that attach to temporary leadership in the top positions of the executive branch. It also marks a departure from Professor O’Connell’s previous writing, in that it is relatively accepting of temporary political appointees.

Professor O’Connell begins by clarifying the ins and outs of the Vacancies Act and presenting rich data illustrating that presidents from Reagan onward, and particularly during the last twenty years or so, have relied extensively on temporary officials. Next, she discusses constitutional and statutory concerns associated with acting officials, with an emphasis on cutting-edge issues. Finally, she offers a rich set of prescriptions to improve the legitimacy and value of temporary officials. Ultimately, she concludes, “actings” are in important part of how modern presidents control the administrative state, and thus deserving of more and continued attention.

Notwithstanding constitutional concerns, actings help ensure that agencies continue to function. The fact that the Vacancies Act does not cover most independent regulatory commissions serves, to my mind, as a foil for this position. Indeed, these bodies “may be paralyzed if they lose their mandated quorum as they typically both lack access to acting officials and cannot rely on delegation.” (P. 623.) While acting officials might head off agency paralysis, Professor O’Connell notes that they tend to be more caretaker than agent of change. Moreover, she concedes, “[o]n accountability, acting officials are hard to defend” (P. 701.) I imagine that when an acting is a germane and confirmed official, she is more likely to have the expertise and motivation to engage in productive and accountable policymaking. That having been said, the legislative buy-in necessary to ensure high level administrative performance may be lacking for any acting official, no matter how competent she is.

Furthermore, as Professor O’Connell explains, a lack of clarity in the Vacancies Act continues to serve as a temptation for presidents to rely on unconfirmed officials in a “temporary” capacity for too long, potentially both in violation of the Constitution and to the detriment of the executive branch. Beneficial reform could include, among Professor O’Connell’s many terrific suggestions: 1) specifying who may be a “first assistant” (the default acting official for a particular vacant position)—Professor O’Connell suggests, for instance, that the Vacancies Act make plain whether the Act itself or other statutory or regulatory agency-specific designations take precedence, and that the category of first assistant generally exclude anyone who was hired into the first assistant position after the vacancy came to be unless the vacancy occurs at the start of a new administration; 2) ensuring that the same qualification requirements, but not the removal restrictions, that apply to Senate-confirmed appointees apply to acting officials as well; 3) shortening the time period for which an acting official can serve; and 4) allowing a nominee to act in the role for which she is nominated, to minimize leadership disruptions, provided the nominee has been confirmed already to a different position.

That is not to say that, even with these statutory changes, presidents couldn’t continue to circumvent constitutional and legislative requirements if they wanted. In particular, delegation is a powerful workaround. For example, Professor O’Connell recounts that by delegating leadership duties, President Obama managed to keep a temporary director of the Bureau of Alcohol, Tobacco, Firearms and Explosives in the same role, effectively, even after the official’s formal stint as an acting had ended. Furthermore, Obama never nominated anyone for the position. The official, while no longer technically an acting, continued to perform the same duties for the first two years of the Trump administration as well. On the heels of this case study, Professor O’Connell notes that “[u]nderstandably, the media and even members of Congress often fail to distinguish acting officials from officials performing delegated functions.” (P. 635.) President Biden has filled many Cabinet and other leadership positions, but others remain open, and he continues to employ actings too. It seems to me that delegation is a sleight of hand that Biden (and future presidents) could continue to exploit in order to rely, in fact, on unconfirmed and/or temporary officials in a manner that offends the separation of powers as well as the expectations of the Vacancies Act, regardless of legislative reform.

Furthermore, one of Professor O’Connell’s suggestions (which is reflected in proposed legislation that Professor O’Connell supports)—namely, that the Vacancies Act should apply to gaps in leadership resulting from the presidential removal (firing) of an officer—gives me pause. After all, a president could take advantage of this provision to quickly replace his predecessor’s staff with unconfirmed, potentially under- or unqualified politicos, as Trump did to great consequence, instead of rightfully and humbly acceding to the requirements of the Senate confirmation process. However onerous this process may be, it is a constitutional requirement, and one that ensures (at least, in theory) that individuals in top leadership positions have garnered the support of both political branches, which is required to run an agency smoothly and effectively. Nonetheless, congressional efforts to close loopholes in the Vacancies Act just as Professor O’Connell advises could render the use of temporary leaders more legitimate, at least while they remain in their official capacities as actings, and moreover, allow for better fulfillment of their potential to promote a stable and responsive government.