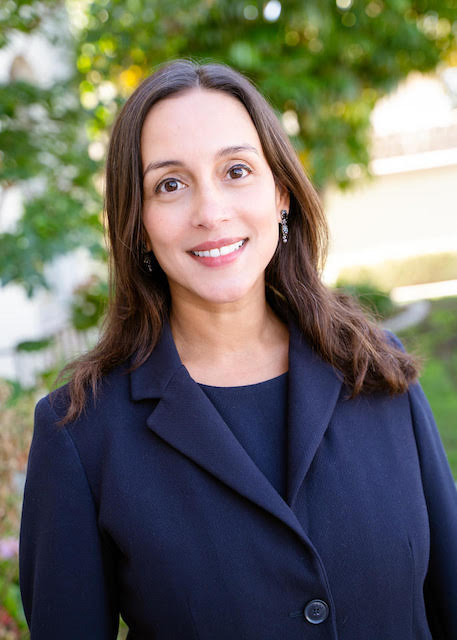 Schemes for regulatory reform have taken many different tacks: improving cost-benefit analysis, preventing interest-group capture of the regulatory process, enhancing public participation in rulemaking, and myriad other ideas. To some, the most alluring idea for reform is apparently that, whatever else happens, there should at a minimum be less regulation—where “less” is measured simply by counting up the number of regulations and trying to reduce that total.

That notion has now become a “cornerstone” of federal deregulatory policy. Under President Trump’s Executive Order 13771, agencies “shall identify at least two existing regulations to be repealed” for each new regulation that they propose or promulgate. The “two-for-one” Order is the business end of a broader critique that there is “too much law”; though that idea has modern currency, it goes back at least as far as Sir Thomas More, who half a millennium ago imagined Utopia as an island of “but few laws”—and no meddlesome lawyers. Will this Order bring us closer to that Utopia?

In a forthcoming article, Jennifer Nou and Edward Stiglitz shed light on that question by assessing the phenomenon that they dub “regulatory bundling.” Under the new Order, agencies face an obvious incentive—to “pack more regulatory provisions into one rule” (P. 5) because splitting the provisions into separate rules would require the agency to find more offsetting rules to repeal. But the impetus to bundle together regulatory requirements might change what regulators choose to put into the bundle. When legislators enact omnibus laws, the authors note, they often use those more capacious vehicles for logrolling, for pushing partisan agendas through must-pass measures, and for smuggling unpopular initiatives through the vetogates of the legislative process; splitting up laws, not bundling them, is thus the option advocated by many scholars and preferred by many states. (Id.)

Professors Nou and Stiglitz begin their account by offering an empirical case that, for some time now, agencies have been increasingly bundling rules that address different subjects. To measure regulatory bundling, they refer to the list of subjects that accompanies each proposed or final rule. Agencies are required to include such a list when they publish a rule in the Federal Register, and they draw the listed subjects from a standardized set of terms in a government thesaurus. So, for example, the Obama Administration’s Clean Power Plan rule listed the subjects “environmental protection,” “air pollution control,” “administrative practice and procedure,” “intergovernmental relations,” and “reporting and recordkeeping requirements.” (Pp. 9-10.) The authors therefore treat that rule as addressing five subjects.

This may seem an odd way to measure bundling. For instance, as an example of regulatory bundling, the authors cite an OSHA rule that regulated 428 air contaminants in one go. (P. 2.) That rule listed five subjects, not 428—“air contaminants, occupational safety and health, permissible exposure limits, health, risk assessment” (see 54 Fed. Reg. 2332-01, 2920 (Jan. 19, 1989)). Would that list of subjects have been any different in an OSHA rule that regulated ten air contaminants, or indeed only two? If not, then counting up the number of listed subjects would not distinguish between a highly-bundled rule that addressed 428 contaminants and a less-bundled rule that addressed just ten.

Rather than glide over such issues, Professors Nou and Stiglitz are commendably cautious about the worth of their metric for bundling, and they are careful to address the various reasons why their “initial snapshot” (P. 18) of bundling might either under-represent or over-represent the trends they observe in this phenomenon. (Pp. 10-12.)

With those caveats in mind, their study yields some interesting observations. Between 2000 and 2017, and across a population of 19,000 proposed rules and 41,000 final rules, they find that the average number of subjects grew—by about 19% for proposed rules and by about 10% for final rules (Pp. 13-14) when the initial two-year span is compared to the final two-year span. Though upticks and downticks in bundling occur, these fluctuations do not seem to occur in close vicinity to transitions in presidential administrations, but rather within the span of a given president’s tenure in office. (P.14, Fig. 1.) Some agencies—e.g., the CFPB, EPA, and VA—are much more apt to bundle than others—e.g., the DoD and FCC. (P. 16, Fig. 2.) And, though it is difficult to isolate out the relative impact, quite a lot of the increase in bundling over the 17-year span may be a result of these “bundler” agencies issuing more rules rather than because of an increase in bundling across the board. (P. 15, n.71.)

With this empirical backdrop in hand, Professors Nou and Stiglitz then move on to explore why agencies bundle. Within an agency, bundling can help to facilitate internal agency compromise, by allowing the addition of “regulatory riders” to win sign-off from internal agency officials, and it can smooth the process of logrolling between multiple agency heads who may each have a say in whether a rule goes forward. (Pp. 19-21.) From the perspective of an agency, they note, bundling can also be efficient, at least to a degree—once an agency has embarked on a rule-making, it may make sense to use that rule to address more subjects, until the point at which adding more subjects produces a “bottleneck” (P. 22) that interferes with other tasks the rulewriters would prefer to address.

The article then turns to examine how, externally to the agency, monitors such as OIRA, Congress, and the courts may also affect agency incentives to bundle. OIRA, for its part, has tried to discourage agencies from bundling regulatory and deregulatory initiatives into a single rule, unless they are “logically connected.” (P. 26.)

Congress, because of its new enthusiasm for using the Congressional Review Act, is a hard-to-gauge factor: if Congress dislikes some portions of a bundled rule, it might overturn the whole thing, which would encourage agencies to split up their rules; on the other hand, bundling less-popular provisions with more popular ones could enable the whole package to escape safely, which would have the opposite effect of encouraging agencies to bundle more. (Pp. 27-28.)

Last—and, here, decidedly least—are courts and judicial review. Professors Nou and Stiglitz find that “judicial scrutiny” in the D.C. Circuit—in their account, the “extent to which there is preference divergence based on the partisan identity of the judge’s nominating party” (P. 30)—does not affect agency bundling activity. In other words, changes in regulatory bundling do not show any correlation with changes in the political composition of the D.C. Circuit’s set of active judges, which leads the authors to suggest that “other institutional monitors like the President and Congress are stronger motivators of bundling behavior than the courts.” (P. 31.)

The final and most interesting question addressed by the article is what reforms should be adopted to address regulatory bundling. Should the Congressional Review Act be amended to enable Congress to veto only parts of regulatory bundles, rather than—as is currently the case—requiring an “all or nothing” up-or-down disapproval? (Pp. 37-38.) Should there be a single-subject requirement for rulemaking in the administrative state, and what precise shape should such a requirement take? (Pp. 39-40.) Should courts use their powers of judicial review to deter agencies from bundling because it muddies up the administrative record and precludes meaningful judicial review of unwieldy rules touching on myriad subjects? (P. 42.) Or, conversely, should courts encourage bundling, to force agencies to address together aspects of a regulatory problem that are substantively interrelated? (Pp. 43-44.)

Professors Nou and Stiglitz advocate no hard prescriptions for reform, but their nuanced assessment of the dynamics of regulatory bundling has set the table for future scholarship. The two-for-one Order calls for less regulation as measured by nothing more than raw numbers of regulations. Despite the deep flaws of that approach, that directive is (at least for now) part of the law of the administrative state, and regulatory bundling will surely be one strategy that agencies will use to obey its command. Professors Nou and Stiglitz’s article closes by highlighting the need for more empirical work to assess the strategic abuses and costs of regulatory bundling, as well as the possibility that bundling may have more “salutary motivations and consequences.” (P. 44.) Perhaps we will then discover whether the two-for-one Order will pave the way to a Utopia of “less” federal regulation, or whether the Order will ultimately prove to be—like the regulatory bundles it incentivizes—more of a mixed bag.