A Timely, Thorough, and Provocative Evaluation of the Presumption of Regularity 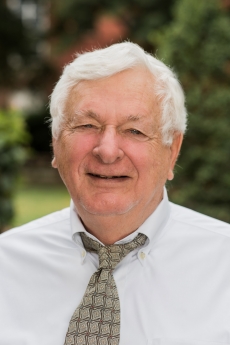 The Supreme Court often says that a court should apply the presumption of regularity and the presumption of good faith “except in the rare case” in which there is powerful extrinsic evidence of wrongdoing by the government. It is fair to question the Court’s characterization of the circumstances in which there is reason to doubt the applicability of the presumptions as “rare” today. Over the last few years, both the public and the courts have had many occasions to doubt the rarity of government actions that were taken without using proper procedures and for undisclosed inappropriate reasons. As I have detailed elsewhere, the Supreme Court has responded to this troubling trend by increasing the scope and intensity of the duty to engage in reasoned decision making, but it has not engaged in any systematic attempt to describe the presumptions, their justifications, their scope, or their effects.

The authors conclude by engaging in a normative evaluation of the presumptions and their many uses. They conclude that some version of each presumption is defensible for use in some circumstances, but that other versions and uses are inconsistent with the basic principles of separation of powers or the Administrative Procedure Act. They urge either the Supreme Court or Congress to articulate “a lawful, historically supported and sensible doctrinal standard” for the presumptions.

Whether you agree or disagree with the normative part of this article, it is a must-read for anyone who wants to understand the history of the presumptions of regularity and good faith. Gavoor and Platt have provided an excellent beginning for an important discussion as well as a valuable source of data that all participants in the discussion will find to be of great value.

Editor’s note: Prof. Pierce wrote this jot and sent it in before learning that Aram Gavoor would become Associate Dean for Academic Affairs at GW Law.

Cite as: Richard Pierce, A Timely, Thorough, and Provocative Evaluation of the Presumption of Regularity, JOTWELL (February 2, 2022) (reviewing Aram A. Gavoor & Steven A. Platt, In Search of the Presumption of Regularity, __ Fla. L. Rev. __ (forthcoming 2022), available at SSRN), https://adlaw.jotwell.com/a-timely-thorough-and-provocative-evaluation-of-the-presumption-of-regularity/.