Chevron as a Legal Framework 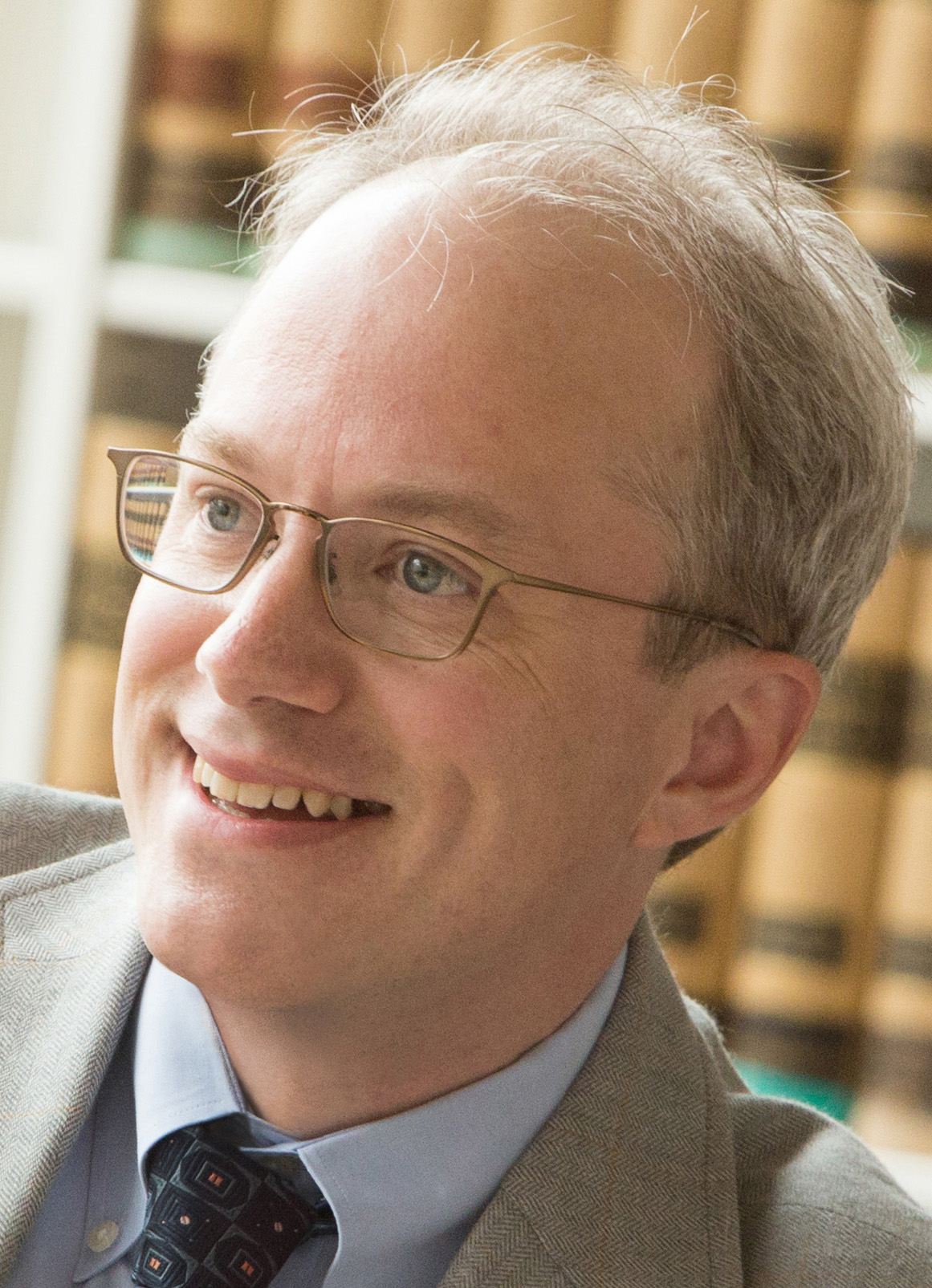 Chevron deference is the cause of more wasted energy than any other doctrine in administrative law. True, the hopes and illusions that spur Chevron’s opponents onwards are perfectly intelligible. In some cases, the cause is a fervent, if cockeyed, constitutional vision; in other cases, a principled free-market libertarianism that becomes associated with opposition to Chevron (even though it is hardly obvious that Chevron has any intrinsic pro-regulatory bias); or a principled legalistic concern that judges, rather than agencies, should “say what the law is” (even though the law may itself mandate deference). But the result is so much less than the effort. A handful of lower-court judges, including then-Judge Gorsuch, have criticized the doctrine on constitutional grounds; so has one Justice, Clarence Thomas. But of course Justice Gorsuch might or might not see the issue the same way from his new seat, and the Court’s other Justices range themselves somewhere between “comfortable with the prevailing approach,” on one end of the spectrum, and “inclined to cabin Chevron around the edges,” on the other end. But there is no realistic prospect of a majority to overrule Chevron or even to narrow it to death.

Hickman and Bednar’s calm, learned and commonsensical paper explains why Chevron isn’t going anywhere. Part of the problem is that “Chevron” denotes a particular case decided in 1984, but connotes a far broader and more enduring phenomenon of deference, one that results from long-run structural and institutional causes. Deference to executive officials on questions of law predates Chevron by decades, at the least. With convincing examples, including an illuminating analysis of AT&T Co. v. United States (U.S. 1936), Hickman and Bednar show that there has long been a category of cases, involving difficult questions of public policy, in which judges know that they don’t know enough to spell out in detail what exactly ambiguous statutes should mean. In such cases, “deference” is just shorthand for the entirely pragmatic thought that if the front-line decision maker hasn’t obviously gone off the rails, the judges aren’t likely to make things better by substituting in their own judgments, which may perhaps be ill-informed, eccentric, harmful or politically unacceptable.

It is not that Chevron will necessarily remain nominally static over time. No one will be surprised if the Justices add something here and subtract something there, and the strength of deference doctrines fluctuates or cycles over time, within a constrained range. But some recognizable version of Chevron will persist, buoyed up not so much by legal theorizing but by the realities of the Justices’ institutional situation and knowledge of their own limitations. An implication of this analysis is that even officially overruling Chevron-the-case by statute — assuming that is constitutionally valid, another hardly obvious proposition — would do little to bar Chevron-style deference as a general judicial practice, de facto at least. Whatever Congress says at the meta-level, the judges simply will not read ambiguous statutes to dictate the details of EPA policymaking choices. At most deference could be driven underground, an unhealthy situation.

The authors’ main point, however, is that Chevron is in the end merely a standard of review — a legal framework that judges use to structure their own approach to review of legal questions. (I will return to the general concept of a legal framework shortly.) Hickman and Bednar demonstrate that the Chevron review framework is a standard in the rules-and-standards sense. It is sufficiently flexible to include and subsume a range of approaches from a range of Justices. Since 1984, the Court has seen a Scalia version of Chevron, a Breyer version, a Roberts version, and others, all co-existing and partly overlapping in time. On doctrinal dimensions, various approaches have treated Chevron more or less formalistically, allowing or rejecting legislative history and purposivism; have variously incorporated or rejected substantive canons of interpretation at various stages of the analysis; have differed about the relationship between Chevron and judicial precedents; and have even treated Chevron as having multiple steps or only one step. Whatever these differences in important detail, all these Justices and their colleagues have bought into the larger framework. Chevron has served as a kind of governing regime, a broad and open-ended constitution for judicial deference, one that tolerates and incorporates a diversity of approaches in a modus vivendi.

If this is so, what explains the recent spate of opposition to Chevron? The authors conclude that it is largely a case of misplaced or displaced anxiety. The real worry of Chevron’s opponents is expansive delegation by Congress. (Technically speaking, what is at issue are grants of statutory authority, not “delegation” in the constitutionally invalid sense of “delegation of legislative power.” Under current law, and in my view under the Constitution rightly understood, these grants do not constitute an invalid delegation at all. However “delegation” is a common shorthand here, and it is the terminology that Hickman and Bednar use, so I will follow suit.) Absent delegation, agencies would lack the relatively open-ended discretion that triggers Chevron’s opponents. Congress sometimes does sharply limit agency discretion; the opponents would be better off spending their energy and resources on that dimension. Conditional on discretion being granted, Hickman and Bednar are entirely persuasive that nothing on earth will persuade the judges to decide everything for themselves, although judges may and will decide to intervene in particular cases for particular reasons.

Given the reality that (some recognizable version of) Chevron will persist indefinitely, what if anything of enduring interest can we salvage from the orgy of pointless tree-killing that is the Chevron literature, especially the anti-Chevron subset of that literature? Hickman and Bednar, quite understandably, focus on their immediate topic, but there is a hint of a broader theoretical point in the paper when they compare the Chevron framework to the Erie doctrine, which in their view has a similarly flexible and overarching character. Let me amplify this hint, although with clear disclosure that Hickman and Bednar do not themselves do so.

The right doctrinal genre within which to situate Chevron, I mean to suggest, is the legal framework — paradigmatically, a doctrine with multiple parts, prongs or components that internally accommodates competing concerns. Frameworks have staying power insofar as they are both flexible and coordinating. They must be flexible to appeal to judges with competing views, who can all articulate their positions within the framework. They are coordinating insofar as they provide a common language within which those judges may articulate their concerns and render them mutually intelligible. Too much flexibility and open-endedness will produce radical indeterminacy and thus undermine coordination. Conversely, overly confining doctrine will enhance coordination but so reduce flexibility as to alienate a critical mass of judges, who will start to object to the framework itself. Doctrinal frameworks typically persist when, and because, they strike a plausible balance between these twin objectives.

Why is it, exactly, that although Justice Hugo Black wrote for the Court in Youngstown Sheet & Tube Co. v. Sawyer, everybody remembers, recites and applies the approach of Justice Jackson’s concurrence, with its three categories? The reason is that Jackson’s concurrence supplied a capacious-but-coordinating legal framework that allows various judges on various occasions to express the major competing concerns about the relationship between legislative and executive power. The framework can and has been invoked by judges hospitable to executive power and by judges anxious about executive overreach. It has been used by opinions invalidating legislation (or executive action) and by opinions sustaining legislation (or executive action). It has been all things to all judges, but it has the great virtue of giving them a conceptual structure within to speak to one another and disagree with each other.

Legal frameworks, in this sense, are not only a doctrinal genre but also a rhetorical one, albeit a specialized rhetorical genre of use largely within the professional community of lawyers. They enable a kind of persuasive communication between and among judges, who each may pursue their individual ends within the framework. Non-legal frameworks serve similar functions in other domains; consider, as arguable examples with the hallmarks of flexibility and coordinating power, the platforms of the major political parties, the Generally Accepted Accounting Principles (GAAP), and the Nicene Creed.

If all this is correct, it helps to explain why Chevron became important in the first place and why Hickman and Bednar are able to argue so plausibly that (some recognizable version of) Chevron will persist. It also helps to see that deference on legal questions, on the one hand, and Chevron, on the other, are distinct topics that need to be disentangled. Deference arose for institutional reasons long before Chevron and would persist even if Chevron-as-precedent were overruled. It doesn’t at all follow, however, that Chevron adds nothing to deference. On the contrary, as Hickman and Bednar’s memorable contribution suggests, Chevron adds an indispensable legal framework for channeling, coordinating and making explicit the practice of judicial deference that would occur in any event, whether in articulate or inarticulate form.