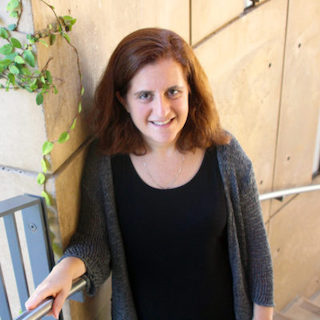 Political appointees of all stripes can encounter opposition from the career ranks of federal agencies. Such conflict may shorten the tenures of appointees as well as of career civil servants. Public administration scholars and commentators have emphasized the need for less conflict, often cajoling the “in-and-outers” to get along better with longtime staff.

But what if agencies shouldn’t or couldn’t avoid such conflict? Brian Feinstein and Abby Wood’s new paper, Divided Agencies, suggests that we may not need to lose much sleep. They find that agencies with greater ideological conflict between political appointees and civil servants may be more careful in their rulemaking—by taking in more perspectives (by accepting comments submitted after the deadline), by finalizing their actions more slowly, and perhaps by issuing fewer rules. In their view, civil servants “serve as a bulwark against wild changes in regulatory policy.” By “pull[ing] agency policies toward the median voter,” civil servants “can serve a democratizing function in divided agencies”—a marked contrast to the increasingly mainstream worries about “employment-protected civil servants” operating as a “counter-majoritarian force in policymaking.”

As with Congress or any other institution, a federal agency is a “they,” not an “it.” But because getting at agencies’ internal complexity is empirically difficult, many of us often end up treating agencies as singular entities. There are some fantastic surveys of agency personnel—namely, the Office of Personnel Management’s Federal Employee Viewpoint Survey and those conducted by Professor David E. Lewis (and his collaborators). Insightful as they are, those surveys do not provide good information across administrations—about policy disagreements and certain other matters.

Using Professor Adam Bonica’s database on campaign contributions and related ideology scores of contributors, Feinstein and Wood construct measures of agency conflict over thirty-four years at forty-seven agencies by pulling information on political leaders and civil servants. Agency conflict, of course, varies, but “civil servants’ [ideological] scores are closer to the typical national donor in any given year than agency heads.” For example, because “the median [Environmental Protection Agency (EPA)] civil servant is substantially to the right of that agency’s administrator during Democratic presidencies,” “even civil servants who are left of the typical political donor can pull agency policies to the political right, having a moderating effect on liberal-helmed agencies.” Feinstein and Wood treat only the chairs of independent regulatory commissions and boards as political leaders for their measures (the recent drama at the Federal Deposit Insurance Corporation between its chair and members is highly unusual as chairs are typically part of their agencies’ majority). To be sure, only about seven percent of federal civil servants are in Bonica’s database (and not all agency leaders make campaign contributions), but Feinstein and Wood’s “research design requires [only] a measure of relative differences . . . across agencies and over time.”

Feinstein and Wood also determine that more agency conflict is connected to an increased willingness to accept late comments. Specifically, a shift from the twenty-fifth percentile to the seventy-fifth percentile agency is linked with an expected thirty-four percent increase in the likelihood the agency will accept late comments. They do not “detect evidence of a connection between preference divergence and length of OIRA [the Office of Information and Regulatory Affairs] review.”

Two theories could explain Feinstein and Wood’s results—“divided agencies move slowly and carefully, bringing additional voices into their deliberations, and trimming the number of the rules they issue,” and “civil servants in divided agencies, opposed to rulemakings that oppositional agency heads push on them, strategically delay these rulemakings.” They favor the first theory for a variety of reasons, including that the correlation between conflict and a willingness to accept late comments “is difficult to square with the strategic-delay theory, but fits well with [their] regulatory-caution theory.”

If comments submitted past agency deadlines represent important “second opinions,” it might be worth also looking at the number and length of comment periods (as multiple (or longer) periods could allow for timely submission of additional comments), frequency of EO 12866 meetings (could also pull ideological information from Bonica’s database on meeting participants), or agency ex parte communications policies (the EPA, for example, has a relatively open ex parte policy after issuing a Notice of Proposed Rulemaking, while the Department of Labor does not).

I am a data person, so I love learning more about how agencies function. Feinstein and Wood’s paper contributes in important ways to what we know about appointee-career conflict in federal agencies. But agencies are not just divided between leaders and civil servants. It would be fascinating to see their research design applied to partisan splits in independent regulatory commissions and boards, and between higher and lower level appointees, and examination of the connections between those divisions and agency rulemaking.

Of course, it’s not all about the numbers. Feinstein and Wood extol stability in agency decision-making by focusing on the median voter (and the tempering effects of career agency workers). Their work provides an interesting lens to reconsider debates over ossification: for instance, how do staffing constraints compare with judicial hurdles? It also has implications for the selection and removal of key agency workers, from President Trump’s proposed Schedule F (which they persuasively oppose) to recent rulings (and pending litigation) on the Appointments Clause and separation of powers. And it complements more doctrinal work that looks inside agencies. Empiricists and non-empiricists will benefit from this important research.