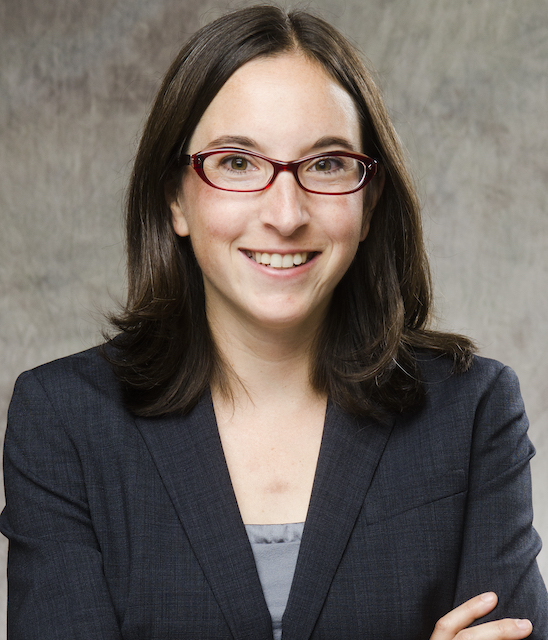 Literature exploring mechanisms for democratic accountability of the administrative state is so rich that it sometimes feels like there is no novel take left. But Professor Brian Feinstein, in his forthcoming article Identity-Conscious Administrative Law, shines a spotlight on an unexamined angle: how and when agency procedures use identity requirements to ensure otherwise-marginalized perspectives are heard.

The sets of administrative structures Professor Feinstein considers may seem specific and narrow, but as he compellingly demonstrates, the possible implications of expanding these approaches are vast and important. Indeed, what makes this article so convincing is its identification of extant and accepted tools to address deep and structural problems of inequality and injustice in administrative decisionmaking. If taken to a larger scale, these tools could be a central part of reclaiming democratic accountability over the administrative state.

Professor Feinstein first identifies our default mechanisms for democratic input into agency actions, highlighting how each of them espouses an identity-neutral set of participation rights. Notice-and-comment rulemaking is perhaps the most obvious example, allowing any person to comment on proposed agency actions and thereby channeling public participation into the agency process and democratizing the administrative state. Transparency laws are a second group of laws Feinstein categorizes as identity-neutral, providing equal access to government records, meetings, and information for any member of the public. But ordinary citizens hardly ever use any of these processes, and, as I’ve documented as to FOIA in a recent book, nothing approximating a representative sample of the public avails itself of these participation opportunities. Rather, well-funded interests are overrepresented, including most notably the business sector.

The alternative to direct citizen participation, seemingly, is presidential control over agencies, a theory of administrative accountability that has gained huge traction in efforts to empower the President to be directly involved in agency decisionmaking. The thinking goes that the President, as the most visible elected official, will be held democratically accountable for agency activities, and her oversight therefore legitimizes the administrative state. Yet, as Feinstein documents, this theory too leaves much to be desired as it relies on an assumption that each vote matters equally to a president, something that is plainly incorrect in our current electoral system of a winner-take all Electoral College and influence of money in politics.

The heart of this article then details a wide-ranging and impressive account of identity-based inputs into administrative law decisionmaking. This research represents the first such survey across federal agencies of statutory requirements for agency composition or consultation based on identity or interests represented, and as such marks a significant contribution in documenting agency accountability mechanisms not based on formal equality rules.

One set of such requirements mandate that agency leaders have certain qualifications, experience, or identities to hold that particular office. For example, the boards of Fannie Mae and Freddie Mac must each have one “advocate for consumer, community, or low-income households,” and the Women’s Bureau of the Department of Labor must be headed by a woman. In the same vein, some entities have a “fair balance” requirement for the composition of a multi-member body, something that Feinstein demonstrates empirically makes a meaningful difference in the backgrounds of appointed officials.

The second group of identity-based democratic inputs come from what Feinstein calls consultative requirements. These laws include requirements to have advisory committees or to consult with particular outside interest groups. As to advisory committees, the most identity-based of them eschews even the basic Federal Advisory Committee Act mandate of “balance” on the committee, and instead requires the committee’s membership to be drawn from an underrepresented group. For example, the Office of Comptroller of the Currency’s Minority Depository Institutions Advisory Committee is required to be made up of “officers and directors of minority depository institutions” and those supporting the institutions. Other requirements simply mandate than an agency consult with particular interest before taking action in a given area.

I found it fascinating that Feinstein discovered more of these identity-based input requirements at financial regulatory agencies than at other types of agencies. After all, one could imagine underrepresented identity groups, interests, or communities at nearly any agency. While Feinstein does not exactly theorize why this is the case, he uses two financial agencies as case studies to excellent effect, demonstrating how these kinds of requirements actually affect agency decisionmaking to the benefit of previously-overlooked or marginalized interests.

But the payoff of this piece is in the promise these mechanisms hold, and in the last part Feinstein whets our appetites with possibilities of what he calls “identity-conscious administration.” To begin, he argues that these tools may have the effect of making public participation requirements more effective at actually achieving democratic accountability. Moreover, in a moment of racial justice reckoning, Feinstein’s suggestion that “transitioning from identity-conscious administrative structures based on region to those emphasizing race and other factors is overdue” is particularly salient. And generally, Feinstein masterfully invokes the literature on group decisionmaking to explain why greater diversity of perspectives will lead to better agency decisionmaking as a whole. It has been a while since I have read an article that made me think we already have the power we need to radically improve the administrative state. Now let’s use it.