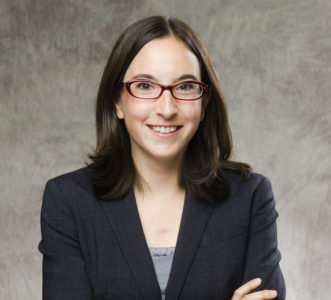 The breadth of exemptions to mandatory disclosure of government records under the Freedom of Information Act (FOIA) has long been criticized. The exemptions for national security, the agency privileges, and privacy are among those that have rightly come under fire. Even Congress has tried to rein in some of the most sweeping of these exemptions with recent amendments to the statute itself, capping the applicability of one exemption, the deliberative process privilege, to records less than twenty-five years old. But FOIA usually stands alone. Rarely is there an analogous body of law to learn from or to which it compares.

Deepa Varadarajan’s terrific forthcoming article, Business Secrecy Expansion and FOIA, demonstrates that FOIA’s trade secrets exemption is an exception. Varadarajan traces the history of trade secrets litigation back to its common law origins, documenting its steadfast march toward an ever-broader understanding of what constitutes a trade secret. Now, she explains, trade secrecy law protects any information of commercial value not generally known in the industry and which the owner has taken measures to protect.

In parallel, however, Varadarajan explains that FOIA jurisprudence stubbornly took a narrower view when interpreting the exemption for “trade secrets” and “confidential” commercial information. The “trade secrets” prong was limited to information tied to a production process (like formulas, plans, or devices), and the “confidential commercial information” provision was limited to information the release of which would cause substantial competitive injury. While information that firms voluntarily provided to the government qualified as exempt from disclosure under a broader interpretation, the generally narrower definition led to litigation successes in obtaining a wide variety of records regarding, for example, government contracting, private prisons, and more.

That is, the narrow construction prevailed until the Supreme Court’s decision last year in Food Marketing Institute v. Argus Leader Media. (Disclosure: I was amicus curiae in FMI.) Varadarajan artfully describes how FMI discarded the stricter FOIA standard in favor of aligning FOIA with modern trade secrets litigation. In effect, it rendered exempt from the FOIA disclosure mandate any information submitted by a firm that the firm does not routinely share and provided to the government under an assurance of privacy.

While details of how this standard is applied are being hashed out in the lower courts now, I was struck by Varadarajan’s central observation about the relationship between this development and trade secrets litigation. Not only does it move FOIA towards modern trade secrecy, she theorizes critically important ways in which it may make FOIA’s exemption cover even more business information than is protected by trade secrecy. Since trade secrets litigation is typically brought against former employees, there are certain inherent limits to how it might apply. To begin, it cannot be applied to limit employees from using their general professional knowledge and skills and it cannot apply to that which is generally known within the industry (even if not known in the general public).  In addition, and maybe even more importantly, it is limited to that which has some actual commercial value to the trade secret owner. Yet none of those limitations appear in the FMI standard under FOIA or would arise in litigation between a member of the public and a government agency.

Varadarajan’s work is important in several respects, not the least of which is exposing the relationship between trade secrets litigation and the application of the trade secrets exemption under FOIA. Beyond that, she describes how government-held trade secrets are precisely the ones that should be more narrowly defined. After all, these claims are used to keep hidden from public view the activities of private companies performing essential government functions—everything from private prisons to algorithms used in law enforcement to pricing in publicly provided healthcare services. As more and more functions are privatized, this exemption grows in size. It may shield from the public information that is critical to FOIA’s oversight and accountability aims.

She ends with a compelling case that there are real paths forward, even after FMI. While various legislative fixes she proposes might be the obvious starting point, there are also interesting litigation strategies that can be employed. For example, her suggestion of using the 2016 amendment to FOIA requiring agencies to apply exemptions only when there is a “foreseeable harm” from release of the records could be interpreted to alter the substantive standard for trade secrecy claims.

Even more promising, she proposes government contracting terms that impose clear disclosure requirements, thereby negating any claim that the firm expected or was promised secrecy or was closely guarding that information. This sort of built in transparency on the front end has gained traction more broadly, and agency officials I have spoken with have sometimes referred to this concept as “FOIA-ready” record keeping, or other times “transparency by design.” The idea is if we make records in releasable forms at the outset, we can open more of the government to the public.

Varadarajan is exactly right when she writes that the relationship between trade secrecy and FOIA’s commercial exemption “has thus far gone unnoticed.” But her outstanding contribution provides the foundation that is greatly needed by scholars and advocates to imagine commercial secrets beyond the FMI decision.