Illuminating The Problems of Electricity Regulation 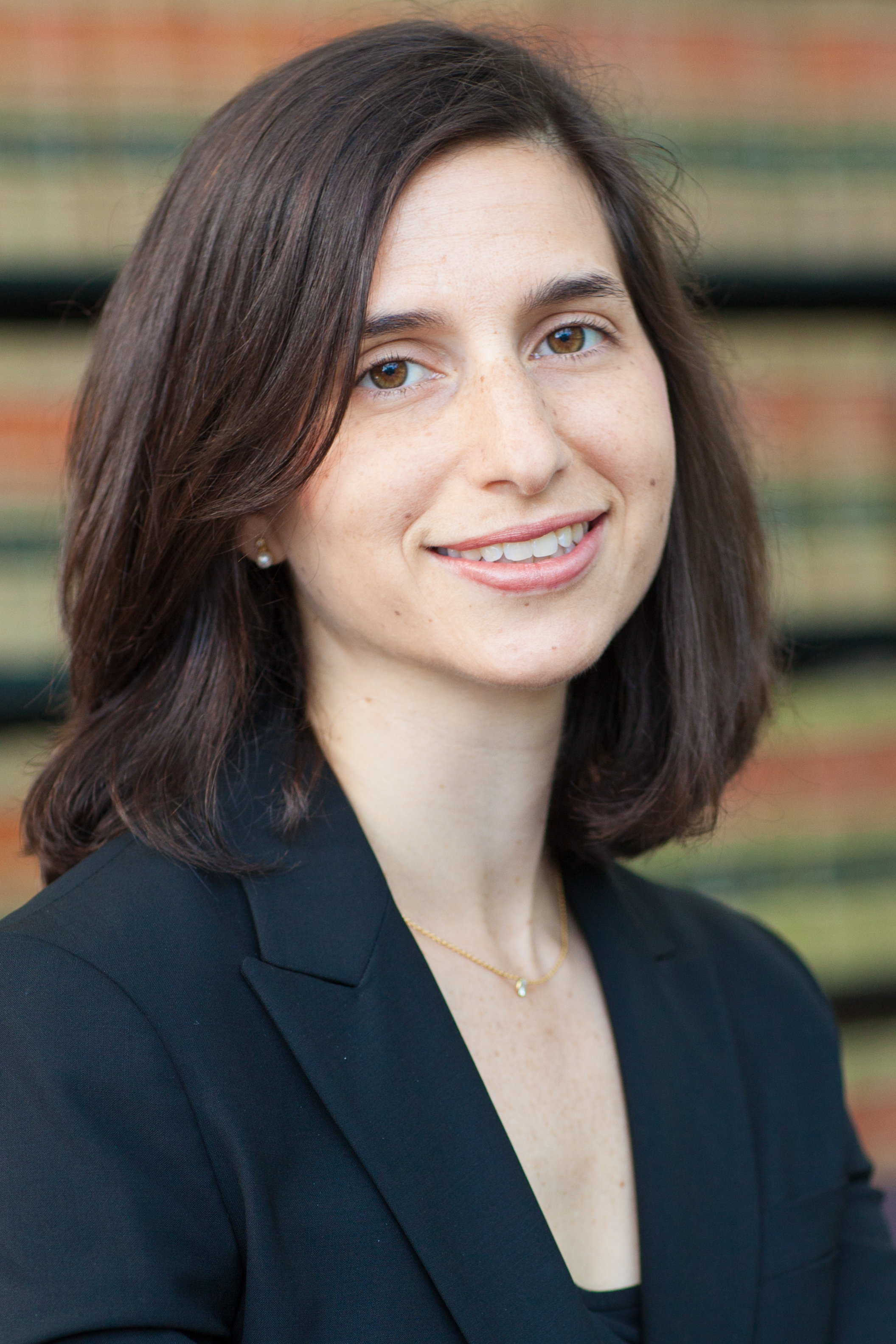 Energy law today should be everyone’s concern, and especially the concern of administrative law scholars. Scientists report that we are in a climate emergency. Policymakers agree that the electricity sector will be vital to the clean energy transition. A functional electric grid is also a public good that cannot be taken for granted, as the recent disaster in Texas underscores. State and federal agencies, in partnership with their sibling branches, will play a pivotal role in administering the energy solutions the nation adopts. It is an administrative law problem for the ages.

Yet the field of energy law can be an impenetrable slog (I say this as a once and future teacher of the class). Really grappling with energy administration requires excavating dense layers of complex science and technology, unusual regulatory structures, and endless insiders’ terminology to reveal the important problems that lie beneath. Professor Shelley Welton is here to help. In a series of articles, she has elegantly translated the core dilemmas of the clean energy transition. Problems that seemed hyper-technical emerge as familiar administrative law issues of accountability, institutional design, and allocations of power among public and private entities. I’ll focus on one article, Rethinking Grid Governance for the Climate Change Era, but I recommend the entire series, available on SSRN.

If you’re new to the administrative law of energy, here’s something you might not know: for roughly 2/3 of the country’s population, key decisions regarding electric power rest not with a state or federal agency, but with privatized administrators known as Regional Transmission Organizations or Independent System Operators (RTOs for short). As Welton describes them, RTOs are “private membership clubs in which incumbent industry members make the rules for electricity markets and the electricity grid through private mini-democracies—with voting privileges reserved for RTO members.” They also have an important public dimension: FERC incentivized and guided their creation, effectively bestowing them with power to file “tariffs” (energy law speak for rate schedules and related rules and policies), subject only to deferential FERC review pursuant to the Federal Power Act.

Welton’s core argument is that to make needed climate progress, it’s time to rethink RTOs’ structure and role in our electricity system. States around the country are increasingly adopting bold clean-energy mandates, but RTOs are standing in the way—yet escaping public scrutiny. Once brought to light, she argues, RTOs’ shortcomings are best understood as a product of their flawed design. Their structure and incentives enable protectionism by powerful fossil-fuel incumbents in energy markets, and that’s what has happened. We need a new model.

Administrative law scholars will find much to admire in Welton’s reconstruction of how RTOs came about. She traces their emergence as a product of the late 1990s intellectual milieu in regulatory governance: a focus on “new governance” and privatized strategies that would allow government to run more “like a business.” Early on in their existence, RTOs did very technical work akin to traffic direction, such that privatization seemed sensible. But over time, RTOs have gained responsibilities and real clout, transforming from “policy takers” to “policy makers.” Every RTO now runs (and sets the rules of) a set of electricity markets—markets where generators sell and utilities buy electricity for a region before eventually selling it to end users. RTOs have also expanded into transmission planning and transmission cost allocation. Still more, several RTOs now control “resource adequacy,” the question whether a region has enough capacity to meet projected demand; through capacity auctions, RTOs determine which energy resources will be financed in that region. In short, in much of the country, RTOs can shape the electric grid’s sources (renewable or not), capacity (how much), and payment (to whom and how much). Given this influence, Welton explains that “if the United States is to have any chance at decarbonizing at the rate necessary to avoid catastrophic climate change, then RTOs must play a pivotal role.”

The problem is that RTOs haven’t been cooperative in aiding decarbonization. Welton describes them as “inveterate stallers when it comes to integrating new resources that would improve their markets but threaten incumbents’ bottom line,” and “aggressive and misguided” in impeding market competition by renewables. These delays and obstructions are highly consequential, effectively blocking the clean energy transition. Yet RTOs have escaped sustained criticism, much less reform. Welton suspects this is partly because “these topics are so complicated that they confound efforts at media attention or civic engagement.” Read a few of the documents and filings that she brings to life in this article, and I’m confident you’ll agree.

Welton’s intervention is a direct response to this problem of unaccountability-through-complexity. She makes the underlying energy concepts clear and accessible. Take her explanation of how some RTOs have resisted the integration of renewable resources in their markets. One would be forgiven for staring blankly when an RTO asserts that “the market participation of resources that receive ‘state support’ results in ‘price suppression and thus negatively impact[s] the market’s ability to retain and justly compensate needed existing resources and to attract new, competitively compensated resources.’” But Welton breaks it down. “In plainer speak, natural gas generators are worried that the entry of substantial renewable resources into the market might lower prices enough to drive fossil fuel competitors out of business, or halt future construction of fossil fuel-fired generation.” And “[c]uriously,” she observes, these RTOs define “state support” to include only state policies that promote clean energy, not longstanding subsidies for fossil fuels. Yet these RTOs explain their renewables-resistance only using “vague worries about ‘market integrity’ or ‘investor confidence.’” (To those excuses, Welton chides: “there is no reason that fossil fuel generators should be confident when building new, polluting generation for states that do not want it or need it.”) The narrative of incumbent protectionism becomes easy to grasp. It turns out that energy law is full of familiar administrative law stories once we can see the field clearly.

So what went wrong, in terms of regulatory design? Welton takes this up in Part IV of the article. Here she goes further than many commentators on privatized governance structures, who cast privatization as offering the benefits of increased efficacy and efficiency, to be weighed against the costs of decreased accountability. That’s too generous here, Welton opines. “RTOs’ membership-club format has not led to entrepreneurial efficiency,” she argues—it has done the opposite, allowing the energy haves to “block cost-reducing reforms.” Most impressively, Welton dissects internal RTO governance (famous for its opacity) to show why these failures shouldn’t be that surprising. For example, RTOs supposedly use a sort of internal checks-and-balances model of weighted voting, in which the demand and supply sectors of the market have voting power that could offset the other. But that’s no check at all because, as Welton explains, both of those sectors prefer to build more traditional electricity infrastructure rather than support a shift to renewables. Only consumers and their designated advocates are “natural watchdog[s] against overbuilding,” but they have negligible voting power. As a result, reforms that would help consumers (and the planet) “often wither and die in committee.”

Welton concludes by proposing four solutions that might contribute to a new model of administering the electricity system. First, FERC could pare back RTOs’ authority, reverting them “to a more basic set of functions.” Second, FERC might accept RTOs’ expansive duties but increase public oversight and control accordingly. For example, FERC might require RTOs to give greater say (or even veto power) to the states in which they operate; FERC itself might use what power it has left (after judicial rulings narrowly construing its authority) to step in; or Congress might increase FERC’s oversight authority. Third, either FERC or Congress could take steps to alter underlying power dynamics by limiting utility power or scrutinizing the effect of corporate mergers on the electricity system. Finally, and most radically, FERC or Congress might drive a transition to either public ownership or public control of the grid, a model used in other nations.

In the end, Welton’s article is a twofold achievement. It is an expertly told excavation of a pressing policy problem—to which solutions “must be calculated, swift, and decisive if the United States is to achieve anything close to the clean energy transition demanded by atmospheric physics.” It is also an ingenious analysis of how institutional design choices, and especially choices regarding the structure of privatization, drive administrative performance. Welton connects the history of RTOs to trends in regulatory thought and links RTOs’ future to efforts to reclaim the concept of “public utility”—the storied and reemerging idea that concentrated corporate power might be steered toward the public interest. That effort may be promising in a variety of sectors today. But Welton’s closing pitch is that none is more important than the electricity sector, “which will either embrace the existential challenge of climate change or take us all down with it.”