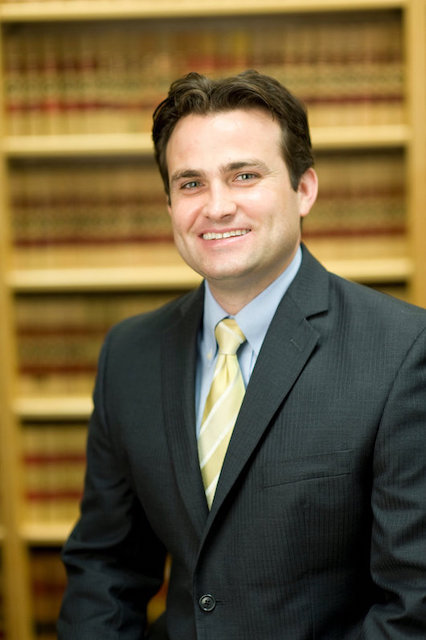 On the first day of Legislation and Regulation, I kick off class by showing the classic Schoolhouse Rock music video I’m Just a Bill. We then spend the first half of the semester exploring how the legislative process actually works today and how that process affects statutory interpretation. At the start of the second half of the course, I show How a Bill Does Not Become a Law—Saturday Night Live’s witty take on the Schoolhouse Rock classic based on President Obama’s deferred-action immigration directives. We then spend the rest of the semester exploring how the regulatory process actually works and how that process affects regulatory and statutory interpretation.1

Although we spend some time on what then-Professor Elena Kagan coined “presidential administration,” the regulation half of the course focuses on how federal agencies regulate and how courts review such regulatory activities. In that sense, we might be stuck a bit in Dan Farber and Anne Joseph O’Connell’s “lost world of administrative law.” After all, presidential directives—like President Obama’s executive actions on immigration—play a substantial role in the modern administrative state, and even more so, it seems, in both the Obama and Trump administrations. Yet we know little about the process by which these presidential directives are made, much less how they should be interpreted. Until now. In Presidential Laws and the Missing Interpretive Theory, Tara Leigh Grove sheds important empirical and theoretical light on how presidents make directives and what that means for interpretive theory.

Grove’s bottom line is that, whatever the merits of the textualism-purposivism debate in statutory interpretation, when it comes to interpreting presidential directives, “Article II and the distinct institutional setting of the presidency point toward textualism.” (P. 3.) It is important to note that Grove broadly defines presidential directive as any presidential action that “requires, authorizes, or prohibits some action by executive officials.” (P. 6.) And, for Grove, textualism means:

[J]udges must abide by the public meaning of the text of a directive, understood in context. The relevant context encompasses, at a minimum, the text and structure of the directive at issue, other directives issued by the same administration (and likely those of past administrations), as well as linguistic conventions from legal terms of art, dictionaries, and colloquial speech.

(P. 4.) Part IV of the article advances a powerful case for this textualist approach to interpreting presidential directives, and it will no doubt spark a vibrant debate in an interpretive context lacking any serious scholarly conversation. These are important contributions to the administrative law, legislation, and legal interpretation literatures.

Every word of Part III.B is worth reading—and reading again. This is previously uncharted territory in the legal literature. The overriding theme is that federal agencies play a critical role in the presidential-directives drafting process. Much like agencies’ role in the legislative drafting process, as I have detailed elsewhere, there are two distinct paths for agency involvement in the directives drafting.

First, federal agencies approach the White House to ask the president to adopt a policy via presidential directive that binds other agencies. That process is highly proceduralized at the White House’s Office of Management and Budget (OMB), just as it is in the legislative context when an agency wants a presidential administration to advance the agency’s substantive policy agenda in Congress.

Second, the White House reaches out to federal agencies to solicit their input on proposed presidential directives. Like its counterpart “technical drafting assistance” in the legislative context, this process is much less formal and proceduralized. Yet, in either context, the agency-OMB drafting process is substantial: “Former officials suggested that many directives go through at least three drafts—and three rounds of comments—before leaving OMB.” (P. 21.)

In both contexts, however, Grove finds that “direct presidential involvement is the exception rather than the rule”: “Agency officials debate most directives among themselves—with the oversight of OMB—and the President does not get involved until a final draft is ready for him to sign.” (P. 21.) Again, this is remarkably similar to the role of federal agencies in the legislative process, where agency and congressional staff work out the drafting details, with members of Congress generally not involved until the legislation is ready to be formally introduced, marked up, or even voted on.

Once the agency has finalized its review, Grove explains, the draft presidential directive goes through the “form and legality” review at the Justice Department’s Office of Legal Counsel (OLC). Once such review is finalized, the White House Staff Secretary takes over—to review the directive and ensure all “relevant constituencies” at the White House approve. Only once the Staff Secretary is comfortable with the text of the draft directive does she forward it along for the president’s signature.

In other words, the president typically is not aware of the details of any of the negotiations, prior drafts, or internal debates about the directive. Instead, Grove reports, the president generally only receives: “(1) the text of the directive; (2) OLC’s ‘form and legality’ certification; and (3) a memo (typically prepared by the Staff Secretary or another White House official) summarizing the interagency consultation process and any remaining points of disagreement—with a focus on ‘high-level objections’ from Cabinet members or other top officials.” (P. 22.)

After detailing this process, Grove goes through a number of examples, notes deviations in the process, and explains how the process works for other presidential directives (that are not labeled “executive orders” or “proclamations”). Grove concludes that “officials repeatedly reaffirmed that virtually all directives go through some type of agency review” and that the process can be quite “tedious” and time consuming. (P. 27.)