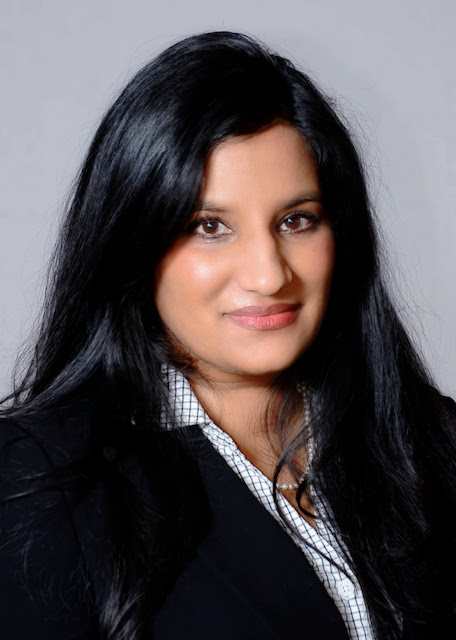 Declaring the administrative state “unlawful”—in other words, as consisting of agency efforts to evade constitutional restrictions—is all the rage these days. Despite the fact that these assertions condemn administrative undertakings (both their substance and variety), they sometimes overlook both the legislation governing agency actions and the agency policies that they categorically disparage. In Internal Administrative Law, Professors Gillian Metzger and Kevin Stack assert that “internal administrative law” is lawful by reminding us of its roots in public administration, with an argument that is based in the Administrative Procedure Act (APA) and that considers specific examples of administrative guidance. Given that it investigates a complex and sometimes opaque administrative framework, this piece also contributes to scholarship exploring the so-called “black box” of agency activity. The thoughtful execution and wide-ranging implications of this article make it a highly worthwhile read, and of a piece with Metzger and Stack’s respective bodies of work.

Metzger and Stack offer a fascinating conceptual account of the internal directives through which agencies and presidents manage, guide, and coordinate the civil service.  In addition, the authors assert that these forms fulfill the criteria of “law,” based both on the original expectations of the APA and on their own consistency with legal norms. For this reason, the authors argue, the prevailing doctrinal emphasis on the external enforcement of public administration, in addition to the general assumption that a policy must create a system of private rights and obligations to be considered law, denies the fundamentally law-like nature of internal administrative law.

To be clear, the authors do not dispute that enforceability is a key component of what makes a policy law-like. Rather, they suggest that under current doctrine, “the more that agencies articulate norms of internal law and management in a way that sounds binding or mandatory, the more they invite external judicial review of their actions.” (P. 1249.) This, in turn, encourages agencies to issue vague policies in the hopes of avoiding judicial scrutiny. For this reason, the authors conclude, if mechanisms of public administration were allowed to bind bureaucrats on the basis of existing administrative hierarchy and supervisory structures, without the specter of external judgment, they would be clearer, more predictable, and better reasoned.

The article begins with a discussion of U.S. v Texas, a case concerning a recent Department of Homeland Security policy that selectively deferred the deportation of certain undocumented immigrants. The article notes that an equally-divided Supreme Court affirmed the Fifth Circuit’s invalidation of the initiative because it was not promulgated as a rule, by means of a sharply-defined notice-and-comment process. Nonetheless, the article describes this policy as a “paradigmatic” example of internal administration (p. 1241) that should be recognized as valid without adherence to external procedural requirements, because it set priorities for agency personnel only and was announced by internal memoranda.

Arguably, the Obama-era immigration policy deferring deportation fell somewhere between the two poles of purely organizational and wholly legislative. On the one hand, it sought only to shape the priorities of a select group of government workers. On the other hand, it had an important, albeit not binding or even unwelcome, effect on some third parties—namely, a subset of noncitizens. And according to those challenging the policy, it also had a negative impact on the general population (notwithstanding that this assertion obscures a complex set of outcomes and has been at least partially refuted).  Metzger and Stack’s nuanced historical account suggests that the Court’s decision in U.S. v Texas incorporated an inaccurate reading of the APA. But even if an outward-facing process is not required by statute, I think it is worth considering whether it is useful or even justifiable to describe the immigration policy in question as “internal,” given its significant external impact. Indeed, Metzger and Stack’s proposal does not account for instances in which internal mechanisms of public administration, including forms that might otherwise encourage administrative consistency and predictability without judicial management, might nonetheless merit an outside check because of their impact on parties outside the four walls of the government.

More specifically—and in keeping with those concerned that administrative process, in particular, is unlawful—it seems important to determine when ordinary public administration ends, and agency policies that considerably affect third parties begin, because the latter may require external oversight to ensure due process. For example, the category of internal administrative law might reasonably exclude public administration that negatively impacts individual rights, as in a Supreme Court decision, Morton v. Ruiz, that censured the Indian Health Service’s elimination of a health service program serving Native American children. Metzger and Stack describe this decision as applying Accardi, which dictates that agencies must comply with their own regulations, to “invalidate [the] agency action for failure to comply with nonlegislative rules.” (P. 1285.) However, one could also argue that this administrative policy, represented as organizational, altered the agency’s established use of funding in a “legislative” manner that disadvantaged third parties without providing them adequate process.

On the basis of this interpretation, policies such as the one criticized in Ruiz may warrant external oversight (both as a normative matter and as a result of the Court’s decision in this case), instead of a loosening of procedural requirements in the hopes that the agency will take it upon itself to further adequate notice, justification, coherence, and fairness in its application of law. Given the centrality of these values to the Constitution (and for that matter, to Accardi), their potential lack in response to fewer external administrative constraints cannot be dismissed as merely “the possibility of abuse” (p. 1266), especially to the extent that administrative guidance is, as the authors argue it should be, binding. In addition, the article notes that judicial review of administrative law began as a set of common law mechanisms offering protection from public officers’ violation of the polity’s legal rights. Therefore, to the extent this continues to motivate the expansion of external control over public administration, one might infer from the authors that the maintenance of this control at a modest level enjoys some historical backing as well.

Metzger and Stack’s otherwise compelling efforts toward a meaningful framework of internal administrative law could be modified to account for the need to uphold administrative due process. Perhaps external review of internal administrative law should be reduced when an agency both affirmatively seeks to bind itself, as the authors propose, and does so in a manner that minimizes interference with individual rights. This approach offers a strong defense of the inclusion of policies prioritizing immigration enforcement in the category of internal administrative law, if their focus is on guiding immigration officers’ exercise of discretion and they avoid clear and direct harm to third parties. Furthermore, as Metzger and Stack rightly note, agencies sometimes initiate procedure and maintain standards of their own volition, including by subjecting themselves to informal and formal hearing requirements, and by announcing and adhering to clearly structured programs. If an agency rises above the floor established by the APA to take a well-substantiated and transparent approach to public administration, the resulting policy might merit a reduction in external oversight as well.

Finally, although the article promotes decentralization in public administration, it ultimately attaches primary responsibility for the creation and preservation of internal administrative law to the President. It takes this position both because of long-standing judicial skepticism of the value of administrative guidance and because “Congress has shown little appetite or capacity for protecting spheres of agency autonomy.” (P. 1307.)  While I dispute the latter claim more generally in forthcoming work, I nonetheless agree that without a somewhat integrated approach to public administration, the overall focus and effectiveness of the executive branch is apt to suffer. Furthermore, in my view, centralization seems likely to further Metzger and Stack’s aims for internal administrative law by engendering uniformity in public administration, lending it the legitimacy associated with a stamp of approval from the White House and, perhaps most importantly, holding it accountable to rule-of-law norms even in the absence of supervision by the judicial and legislative branches.

Overall, Metzger and Stack’s articulation of the self-perpetuating, law-like qualities of endogenous administrative law offers a compelling counterweight to the well-worn view that the only acceptable law is of legislative or judicial origin, and that all agency activities must therefore be validated externally. Further, by both recognizing and promoting the potentially binding character of public administration, this work supports the proliferation of more effective administrative policy.