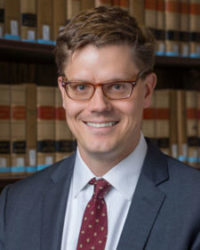 Forty years ago, then-Professor Antonin Scalia published Vermont Yankee: The APA, the D.C. Circuit, and the Supreme Court in the Supreme Court Review. There, the future Justice both chastised the D.C. Circuit for ignoring the text of the APA (Administrative Procedure Act) and offered a “lament” about how faithful judicial adherence to the original public meaning of that foundational statute could not provide a durable framework for administrative governance. Thus, even for skeptics of federal common-lawmaking like Scalia, the original APA has remained in substantial part unloved, or at least often benignly neglected.

Evan Bernick, a visiting lecturer at Georgetown Law, and a thoughtful provocative new voice in administrative law, is wondering whether administrative lawyers have given up too fast on the romance. In Envisioning Administrative Procedure Act Originalism, Bernick imagines what it would look like to apply a consistently originalist approach to the APA. He does not offer a complete picture of the results those methods would yield, but pointing to that sketchy spot on the map underlines the importance of his project. Originalists have lavished far less attention on a statute that frames much of modern governance than they have on provisions of the Constitution that are less likely to affect the lives of Americans every day. What APA originalism might unearth should be of interest to originalists and also to non-originalists who see original meaning or intention as an important input in the interpretive process.

Bernick does a masterful job explaining why such an inquiry is important and lays the necessary groundwork for further work along these lines. He notes that he is not alone in asking questions about the original law the APA laid down. As he catalogues, in recent years, scholars have gone back to the original APA to criticize: Chevron deference and Auer deference; the evisceration of formal rulemaking; judicial additions to informal rulemaking procedures; the marginalization of formal adjudication; deference to administrative action by the military; and liberal approaches to pre-enforcement review of agency action.

All the examples of APA originalism above criticize one feature or another of what we generally know of as administrative common law. The insight here is that courts are not free, or at least not well-equipped, to develop norms governing administrative procedure when Congress has already made a decision on the matter. Pre-enforcement review, paper hearings in informal rulemaking, or deference on questions of law may be good, but if the APA prescribes something else, take it up with Congress.

Of course, thus far forays into APA originalism (disclosure: mine included) tend to arise when the proponent does not like the doctrinal overlay impeding the original rules Congress chose in 1946. There is a temptation, then, for fair-weathered originalism, drawing on the APA only when something has gone awry at the D.C. Circuit without thinking about broader methodological implications. Bernick recognizes that a cross-cutting APA originalism may require us to take the bitter with the sweet.

Thus, Bernick’s important contribution is to lay the theoretical groundwork for these disparate critiques of administrative law doctrine. As a scholar fluent in both constitutional interpretation theory and administrative law, he is well-suited to the task. Bernick offers reasons to believe that APA originalism is both a feasible and a worthwhile endeavor. In many ways, APA originalism is easier than constitutional originalism. The APA is of more recent vintage than most constitutional provisions, it has a robust set of historical materials, and it doesn’t raise questions about the import of state-ratifying conventions. The mists of history shrouding original public meaning are thinner, and the challenges of shared intention are fewer. Drawing on the distinction between interpretation and construction in constitutional interpretation, Bernick further argues that APA originalism neither requires crisp answers to every interpretive question nor precludes administrative common law across the board. All that it requires is that administrative common law in the “construction zone” not contradict original legal norms Congress fixed in place.

In essence, sophisticated originalists have sharpened their tools in the more challenging constitutional setting, so we should readily be able to apply them in this simpler, yet equally important domain. And Bernick contends there are good reasons in favor of doing so. The original APA is the actual law Congress passed, legislative supremacy and democratic accountability preclude judicial amendment of those norms, and a closer attention to the original law will bring stability and clarity to administrative law while blunting arguments that administrative law is illegitimate or unlawful. And, I might add, unlike in constitutional interpretation, here enforcement of the original law is easier to change if people do not like it. Although legislation is not easy to pass, loosening the dead hand of the APA does not require a constitutional amendment.

Like any good scholar should, Bernick recognizes objections and qualifies his argument accordingly. First, APA originalists must confront the bulk of precedent likely to stand between them and the original APA. As Bernick notes, most originalists have a place for stare decisis in their theories and they have addressed cognate problems in the constitutional context. Nevertheless, working through stare decisis in this context is a fresh task that requires more thinking.

At a deeper level, Bernick recognizes that the original APA might turn out to be normatively inferior to the administrative common law that supplanted it. In fact, such common law might be carrying forward the spirit of the original APA to a world that did not exist in 1946. For example, the APA was crafted before anyone thought informal rulemaking and informal adjudication would dominate administrative policymaking. The procedures attending those forms are therefore comparatively sparse (and in the case of informal adjudication, largely non-existent). Going back to barebones policymaking in those instances could shock the system and sap administrative accountability. Those concerned about the legitimacy of the administrative state might pause before giving agencies similar power but less accountability-forcing procedure.

One further question for Bernick and others to explore is the impact of post-APA legislation. As Scalia noted in his Vermont Yankee article, when Congress creates new regulatory regimes, the resulting statutory scheme often includes procedural provisions that do not map neatly onto the APA. It can therefore be hard to place agency action under these regimes into APA categories, or to identify how, if at all, the APA default rules are implicated in any given scheme. This suggests that, for at least some category of statutes, the original APA would be less relevant, or at least would allow for more judicial construction. By contrast, Congress rarely legislates on standards of review, suggesting that APA originalism may have more bite there than in the procedural context. That is, unless you think Congress “intends” courts to defer when it legislates against the background of Chevron, or that it wants courts to engage in hard-look review when it enacts a statute in the era of State Farm.

These are hard questions and Bernick recognizes them as such. It is about time someone asked them in a smart, systematic fashion, especially since we won’t be able to assess the broader normative stakes until we actually discover what the original APA has to say. In starting us down this path, Bernick has provided a great service to administrative law scholars and jurists. With the rise of originalism in the federal courts in recent decades and given the likelihood that any Justice replacing Anthony Kennedy will increase the originalist quotient on the Supreme Court, Bernick’s scholarly work is hardly “academic” in the pejorative sense of the term.

As we ask these questions and evaluate the normative stakes, we might discover, as Bernick notes, that APA originalism leads to results that cut across current debates about the legitimacy of the administrative state. It portends neither an anti-administrativist nirvana nor the triumph of presidential power and bureaucratic expertise. Rather, thoroughgoing APA originalism is at this point a formalist project animated by broader commitments about statutory interpretation, the role of courts, and legislative supremacy. These normative commitments are contestable, but do not map neatly onto standard arguments about the administrative state.

Without sustained attention to the APA, it is not yet clear what the original law will say about the powers of courts and agencies in the administrative state. That said, the work of Bernick and others suggest that APA originalism could lead to reduced deference on questions of law, increased discretion to agency procedures, and, while this is a matter of debate, dialed down hard-look review of an agency’s substantive policy choices. But this is just a hypothesis: Bernick thinks hard-look review could survive an originalist inquiry; others are less sure. Similarly, Cass Sunstein, a recent convert to APA originalism, argues that the original meaning of the APA permits Chevron deference, even if it does not require it.

Rather than resulting in complete judicial supremacy or stark judicial abnegation in administrative law, APA originalism might maintain places for both judicial and administrative power, while separating those functions more than the pragmatic blending offered by today’s administrative common law. Or it might not. The fact is, we don’t know for sure, and Bernick’s point is that it is worth trying to find out. After all, there might be a law on it.