The Search for Slowness 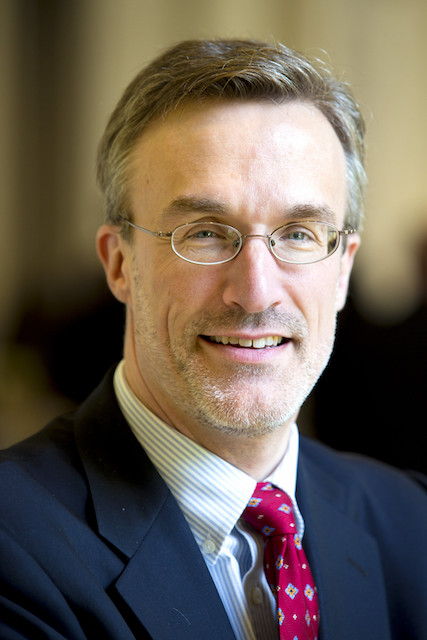 Administrative law scholars widely consider it to be a fact that the rulemaking process has become substantially burdened with analytical requirements, a burden that either has caused agencies to retreat from rulemaking or has significantly delayed agencies’ ability to adopt new rules.  Lamentation about this ossification of rulemaking pervades much scholarship in administrative law and underpins many scholars’ prescriptions about procedural reform.

In a recent article in a leading, peer-reviewed public administration journal, Jason Yackee and Susan Yackee try to measure the ossification of rulemaking, statistically analyzing the time needed to complete all non-routine rules initiated by every federal agency over nearly a two-decade period.  What they find stands in stark contrast with the prevailing view among administrative law scholars and draws into doubt whether the ossification effect is real.

The “ossification thesis” – as Yackee and Yackee refer to it – is grounded in a commonsensical idea that the more procedural hurdles an agency has to jump over, the longer it will take it to complete a rulemaking and overall the fewer rules it will promulgate.  The legal literature from the 1990s contains a number of case studies of both individual rulemakings that took a long time to promulgate and individual agencies that purportedly retreated from rulemaking.

Despite its appeal and widespread acceptance, the ossification thesis has been supported by what is, at best, a thin evidentiary record when judged by conventional standards of social science.  The limitations of case study research will be familiar to any scientist.  Individual cases may not be representative of the larger universe of cases and, particularly when such cases have been selected on an ad hoc, nonrandom basis, they cannot support valid, generalizable inferences.

More importantly, individual cases cannot be used to rule out alternative explanations for observed outcomes.  For example, if an individual rulemaking subject to review by the Office and Management and Budget (OMB) took a long time to finalize, it is impossible to conclude, just by looking at that one rulemaking, whether it was OMB review that caused the delay or something else altogether, such as policy uncertainty or internal agency controversy.  It might well look like it was OMB review, but without some greater variation that can be analyzed it is impossible to be sure.  Consequently, we need more than individual case studies to support the kinds of general causal claims that have been made about the ossification of rulemaking.

Yackee and Yackee take an important step forward in their recent article by subjecting such claims to systematic empirical analysis.  In doing so, they build on previous research that has already cast doubt on the validity of the ossification thesis.  A 1992 study by Neil Kerwin and Scott Furlong analyzed 150 Environmental Protection Agency (EPA) rules and could find barely any meaningful association between OMB review and regulatory duration.  A 2000 study by Bill Jordan examined 71 cases subjecting rules to judicial remand and found judicial review “did not significantly impede agencies in the pursuit of their policy goals.”  In 2002, I reported data on the quantity and costs of federal regulations that ran “counter to the prevailing understanding among administrative law scholars.” Stuart Shapiro, also in 2002, published a well-designed study that matched states with different procedural hurdles and found partisan factors rather than procedures affected the pace of state rulemaking.  In 2008, Anne Joseph O’Connell reported results from her study of twenty years of federal rulemaking that “suggest[ed] that the administrative state is not significantly ossified.”  Of the ten agencies O’Connell scrutinized closely, nine had completed their rulemaking proceedings in less than an average of two years.

Yackee and Yackee add richly to this accumulation of research.  They analyze rule completion for all federal agency rules initiated between 1988 and 2006 – a total of 14,495 rules!  Their data derive from the Unified Agenda of Federal Regulatory and Deregulatory Actions, a biannual report in which each federal agency is supposed to list all non-routine rulemaking proceedings.  Much like O’Connell, Yackee and Yackee find that “[t]he majority of rules are estimated to be promulgated well within 2 years.”

What sets the Yackee and Yackee study apart is that its authors also statistically analyze the determinants of the time it takes agencies to move through the notice-and-comment process.  They seek to determine whether rules subject to, for example, OMB review or the Regulatory Flexibility Act took longer to complete than other rules, controlling for other factors that could be expected to affect rulemaking duration, such as the size of departmental budgets or the existence of congressional or court-imposed rulemaking deadlines.

Controlling for these other factors, Yackee and Yackee find that each of their ossification variables turns out to be statistically significant — but in a way opposite of what the prevailing wisdom would predict.  Subjecting rules to OMB review apparently “speeds up the rule-making process.”  The three other supposedly ossifying variables Yackee and Yackee tested are associated with similar hastening effects.  As would be expected, they do find that factors such as deadlines and larger departmental budgets are associated with speedier rulemaking completion.

Yackee and Yackee decompose their counterintuitive findings.  They find that the hastening associated with OMB review, for example, appears in the vast majority of rules that are completed within a 21 month period of time.  They report that OMB review is associated with additional delay, over and above delay caused by other forces, only for a minority of rules that otherwise persist much longer than the typical rule, that is, for “the relatively rare rules that, for nonprocedural reasons, have proven exceptionally resistant to promulgation.”  Yackee and Yackee speculate that agencies give more attention to rules that go through OMB review, which generally speeds them along in most cases.  But once a rule gets mired down for other reasons, perhaps due to political controversy, then OMB review can add a bit of a drag.

Obviously more work is needed to test this and other alternative theories, but the counterintuitive results from the Yackee and Yackee study should spur consideration of a more nuanced account of the impact of procedures on the rulemaking process.  Clearly their study is the most sophisticated test of rulemaking ossification to date.  The authors are sensitive to important methodological issues, they recognize the limits of their data, and they confirm their results with tests including alternative variables (such as congressional and presidential party control) and using other available measures of delay (such as duration from advance notices of proposed rulemaking to final rules).  Notwithstanding this care, they not only fail to find confirmation of the ossification thesis but their results actually turn that thesis on its head.

The Yackee and Yackee study will by no means be the final, definitive study on rulemaking ossification.  It has its limitations, including that it only covers rules dating back to 1988.  To their credit, Yackee and Yackee have continued their line of inquiry, producing additional work to appear later this year: an article in the George Washington Law Review, and a chapter in a forthcoming book I have edited on the current crisis in regulation in the United States.  Their GW Law Review article has the advantage of drawing on data spanning a period twice as long as in the study described here, although it only focuses on rulemaking at seventeen rulemaking agencies within the Department of Interior rather than across the entire federal government.  The statistical analysis in their forthcoming law review article is not as sophisticated as that in the study described here, but like this study it also fails to find much that supports the conventional wisdom.

Their GW Law Review article also has the distinction of having already generated a pointed response from an eminent administrative law scholar, Richard Pierce, who recently wrote that his response “should end … debate” over the validity of the ossification thesis.  But debate is good, especially when it is conducted in the pursuit of scientific inquiry.  The ossification thesis is first and foremost an empirical claim about the effects of procedure and oversight on organizational behavior.  Given the complexity of administrative organizations and of the business of rulemaking, neither administrative law scholars nor social scientists should kid themselves that they have unlocked the code.  I realize, of course, that ossification has taken on important normative and policy implications, ones that seem especially salient at the present time when Congress is considering procedural reform legislation.  Yet such policy implications only make it more important to try to get the underlying empirical account right.  Rather than cling to ossification as an article of faith, administrative law scholars would do well to view it as a proposition that merits inquiry, especially in the wake of research like that produced by scholars like Yackee and Yackee.  We would do well, in other words, to follow in their footsteps in a search for slowness.